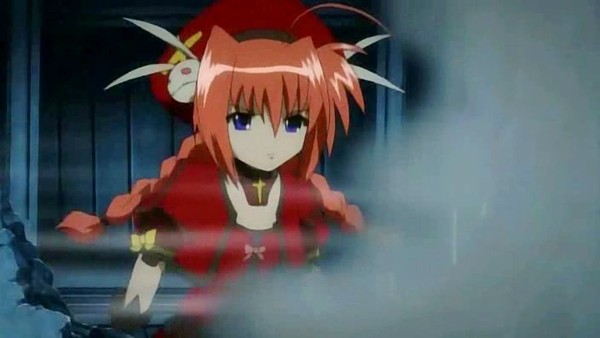 Here Come The Kids... There Goes The Sanity! Careful readers may have noticed that The Pond has been somewhat slower than normal recently, and somewhat anime-free.  There are two reasons for this:

1) I've actually been WATCHING anime, rather than writing about it.  I tore through Magical Lyrical Nanoha StrikerS in three nights (I want Vita to have her own series...), for example.  Now, for some people, 26 episodes over a weekend may be nothing, but for me, that's a lot.
2) Over at Duck U., it's that time of year again: beginning of a semester!  Which means we'll do, oh, a quarter or so of our annual business in a week.  As you can imagine, we're a smidge busy. 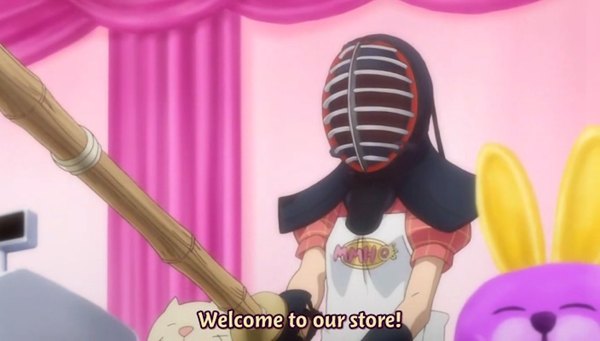 I kinda wish I could do this... either the armor or the kendo stick.
So it's probably going to stay slower than normal around here for a few more days, but I've still got posts on Zipang!, Bamboo Blade, and Clannad coming, and I'll stay on top of the F1 Pr0n as the rollouts continue (on a related note, Honda is ditching the "ourearthdream" livery).

If nothing else, though, I'll still try and stick a picture up every day.  Maybe.  I hope.

1 Are you still understaffed at the store? If so, my condolences.

2 Steven, we're in marginally better shape than we were, but it won't get any better... we're payroll-strapped.  Just makes for some long days... at least I'm not on the edge of complete burnout, like I was just before Christmas, thanks to the 11-day vacation I took from the Friday before Xmas to January 2nd. 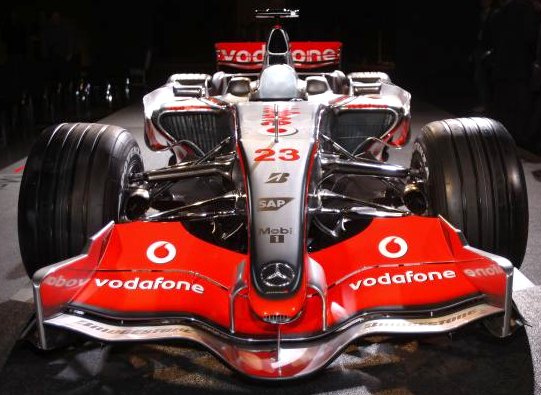 Ohhhh-boy!  Remember what I said earlier, that Ferrari does build 'em purty?  Well, they ain't got NUTHIN' on McLaren.  Their 2008 charger, the MP4-23, debuted earlier today, and to be honest, it looks pretty much like the MP4-22... without the flyover bridge nose wing, though.

1 Ouch! That overhead shot is definitely one wicked photograph. The amount of artistry in something designed completely for function, is amazing

The A-10 and SR-71 are also great examples of the beauty of  pure function.

I think they should have used some black trim around the "vodafone" and 23. The small bits of black trim between the silver and orange make the orange really stand out.

Back when I worked at a local hobby shop, we held weekly R/C car races. I was always amazed at how wound up some kids (and adults too) could get into, what was to my mind, over-blown toy racing. That being said, some of those guys turned out awesome paint jobs. There was one car in particular that had a silver base with black/orange trim scheme, like the McLaren, but it also had a bit of royal blue trim mixed in. It looked amazing.

4 Oh I wouldn't say that. Grunts love her. (I hear rumor that soldiers regularly treat Hog drivers to rounds at the bar.) And she has such a lovely singing voice.

5 Wow that's beautiful.  Though I must say there were some shots I received from Monaco and I think Spain in which, as slow as it was the Spyker was just fantastic looking.  I'm interested to see what it will look like once Force India gets done with it. 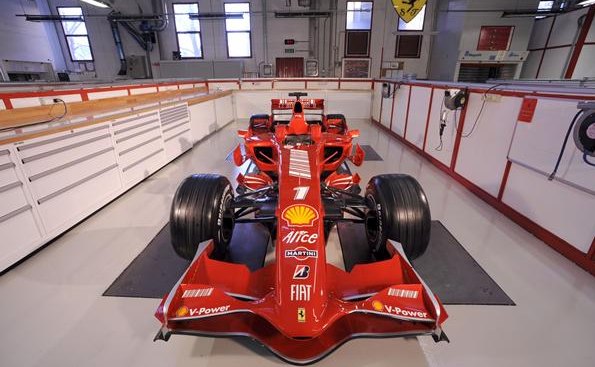 It's that time of year again, when a young F1 fan's thoughts turn to sensuous curves, pert rears and cute noses... it's ROLLOUT SEASON!!!

As has become traditional of late, Ferrari was the first to bring their steed to the masses, debuting the F2008 today.  Click below for more glamour shots and some thoughts on the beast...

Is that first photo actually taken inside the factory? That's rare. For many years photos/film of the inside of the factory were not allowed.

First thing I noticed in the comparison is that she's definitely shorter in wheelbase and in overall height. They had a good base to work from, so we'll see what happens.

I don't think the new car's shorter so much as the 2008 pics (both top and side) seem to be taken from farther away. The tires in the overhead shots look like completely different sizes.

4 Will's right, the two comparison photos are probably taken from different distances.  My main goal was to get the pictures to be 500px across, not to have the cars be to the same scale.  Sorry about that.

For what it's worth, I read somewhere (grandprix.com?) that this year's Ferrari is going to be HEAVIER than the F2007, but the enginerds think they've made it up on aero.  Take that as you will.

5 Actually I was looking at the differences in size because I read somewhere that they had shortened the wheelbase of the new car "significantly" (according to said article).

Ducks In Anime: The Revenge 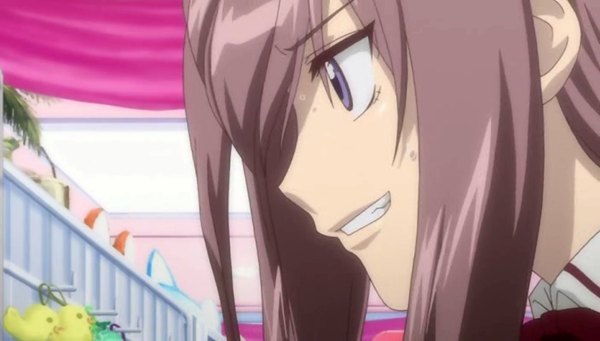 There's a couple of keychain ducks in my collection...

Tim? What year is this again? Over at Tim Blair's place, he starts off a post with the following:

Sixth place in a Formula One race will earn you a single world championship point.

(Please note, I quite like Tim's stuff, he's one of my daily stops.  He even dropped by The Pond once...) 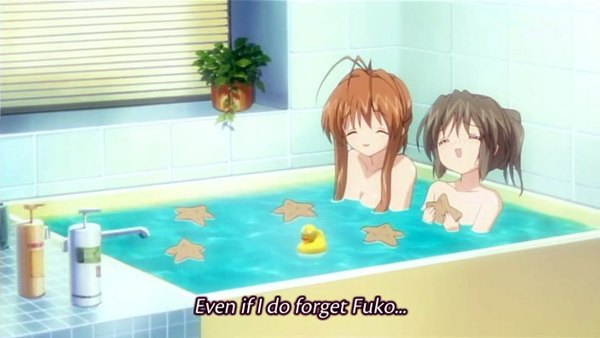