*THE RACE IN GENERAL:  Meh.  Once the first pit stop to get off the Soft tires occurred, it became something of a processional.  HWMNBN passed Shiv Hamilton on Lap 5 using the DRS system, and though we didn't realize it at the time, that was the end of the race right there.  The Ferrari was just awesome today, pretty much dominating the field.  Vettel would take the lead on the pit stops, but when the Ferrari wound up passing the Red Bull despite the difference in tires, it was clear who had the best car.  When Vettel finally stopped to get his Soft tires, he was nearly eight seconds behind HWMNBN on track... but nearly 30 seconds behind on paper.  He re-emerged in fourth, 12 seconds behind Shiv Hamilton.  While he would eat that up, closing to less than an half-second behind in five laps, but the Soft tires turned into the legendary jelly donut just as he was getting ready to make a move for the podium.  HWMNBN led Kimi Raikkonen by 10 seconds at the checkered flag, and the Finn led Shiv by two seconds to complete your podium. 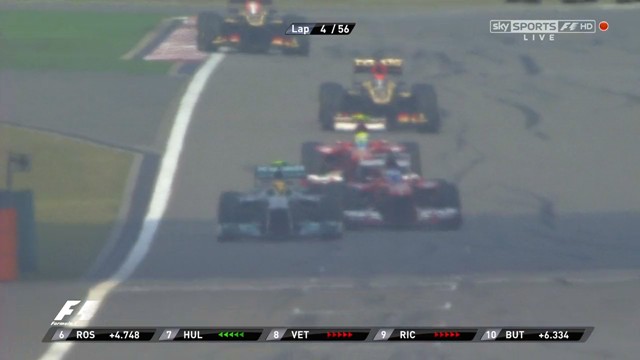 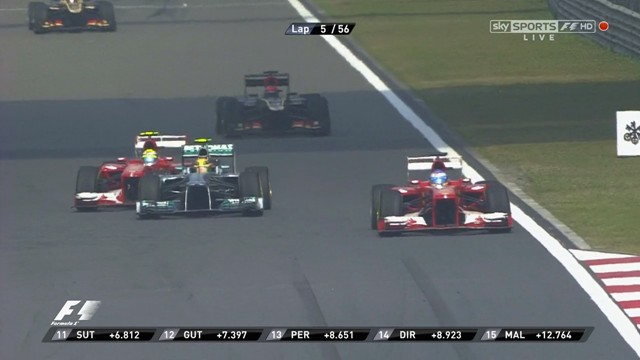 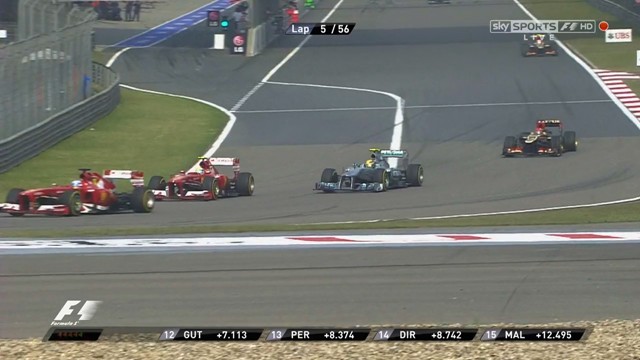 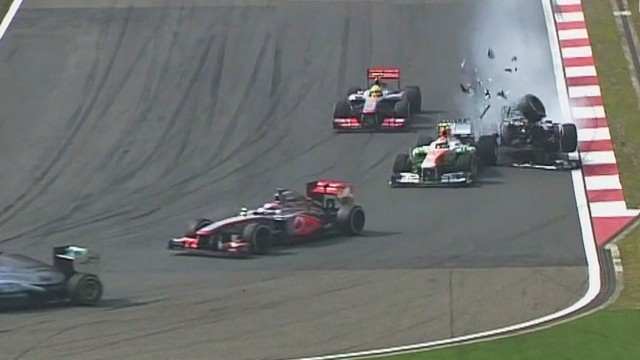 "I had that third place locked up.  Never worried, not for a second.  How close is he now?" - Shiv Hamilton

"I want to eat your kidneys!  BRRRAAAGGHGHGHHHH!!!!" - Hannibal Vettel

"People said it couldn't be done, but yet there I was, a Toro Rosso in Q3.  And today, I'm in the points.  See, kids?  Eat your vitamins and it can happen to you!" - Daniel Ricciardo

Right.  That's it for China... next weekend, we're in Bahrain!  See ya there!