F1 mini-Update!: 2015 Grand Prix of Austria Right, we here at F1U! Central are up to our necks in getting ready for the new job, so we'll be honest: while we watched today's race from Spielberg, our collective minds were concentrating on other things.  As a result, this is going to be a short one.  With no further ado, THIS is your F1 mini-Update! for the 2015 Grand Prix of Austria!

*THE RACE:  For all intents and purposes, this race was over when polesitter Lewis Hamilton was beaten off the line by his Mercedes teammate Nico Rosberg.  Rosberg took the lead into Turn 1 and held it until the ugly accident between Ferrari's Kimi Raikkonen and the McLaren of HWIOSCTBNA. 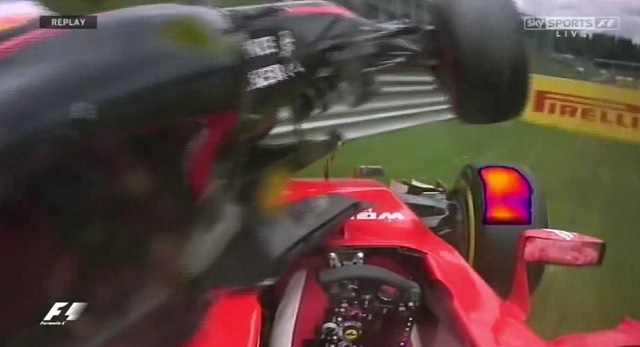 Both men walked away from this wreck unscathed, though the Finnish driver probably wished he had a brown racing suit.  A Safety Car was called out, and when the race restarted a handful of laps later, Rosberg got away cleanly from Hamilton and that was all she wrote.  A mid-race five second time penalty for Hamilton for crossing the pit exit safety line put paid to any faint hope he may have had to win the race.  Behind them, Felipe Not Nasr Massa took advantage of a slow pit stop from Seb Vettel to take Williams' second podium in as many races, while his teammate Valtteri Bottas beat out the 2015 24 Hours of LeMans overall winner Nico Hulkenburg for 5th place.

*THE TRACK:  The RedBullRing is proving to be that rare bird: a fast circuit that also manages to be rather dull.  It's no Tilkedrome, true, but with only nine turns and none of them being particularly memorable, it's a track that's just... there.  The hill up to Turn 2 is nice, but it makes no real difference in the grand scheme of things.  However, it's there and it's well-funded so it'll be on the calendar for the foreseeable future.

*NEXT TIME:  We'll be in Jolly Old England for the Grand Prix of Great Britain at Silverstone.  Ironically, it'll be during Independence Day weekend here in the States... we'll see you then!  Thanks for reading this F1 mini-U!

1 I see that Button DNF'ed. What happened to him?

2 Technical suckyness.  The exact quote from Button was "Nothing was broken on my car but something was wrong, and the switch-changes didnâ€™t make any difference. So the team took the decision to retire the car." 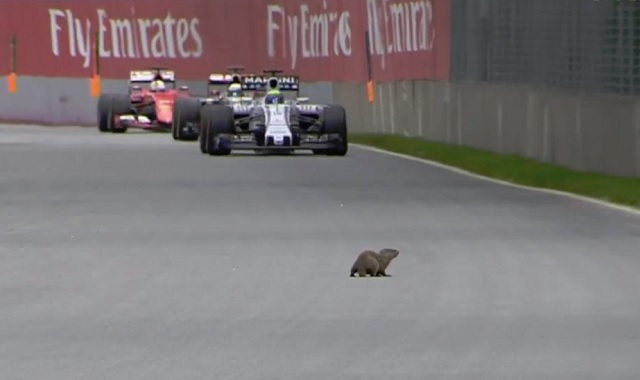