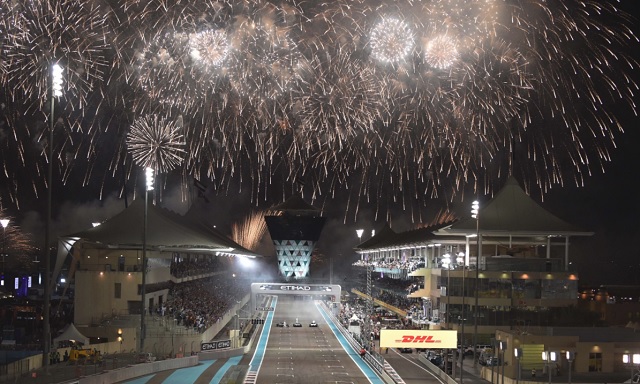 1 "...And Etch-A-Sketch Art Gallery" got a solid laugh out of me, so thank you for that.

Anything from the Prognostication Division on whether it looks like Liberty will try to upend the apple cart or leave things alone for a season so they can get a feel for things?

3 I have a policy of never correcting people until they ask.

Also, RIC's retirement meant RAI passed him for P4. Bummer. (When asked about it, Daniel went bitchy and said that in that car,  RAI should have been way ahead of him.) And HUL's strong finish bumped him to... Tenth, I think?

4 #1 was intended to be a joke.  #2 was a semi-serious question, given our host's whimsical nature.

5 Oh, like wither on the vine. I see. I have the world's worst superpower w.r.t. typos and other errors - if there is one mistake in your 80-page document, I WILL find it. Even if I'm trying to ignore it. And my eye will twitch unless I say something about it.

I probably should have been an editor instead of an engineer, but the pay is better in engineering.

6 Oh! I just realized you thought I was twitting you for correcting him. No, I have a serious problem with correcting people and was trying to convey rocking back and forth in my chair with my eye twitching until I had the relief of finally being able to shout, YES THERE IS AN H! Sorry, I see now that that did not come across at all. I'll be quiet :-)

7 Ha!  I have the same problem.  Did you by any chance go to Catholic school?

9 I am now thoroughly chastened :-)
No Catholic school, just a boatload of OCPD (which is different from OCD, but I have that, too).

10 And, in the first bit of big offseason news (that I've heard of anyway), Alfa Romeo is returning to F1 after a 30+ year absence.  Teaming with Sauber, but NOT supplying engines; Ferrari will be doing that.  The new team will be called Alfa Romeo Sauber, so, and correct me if I'm wrong, I assume that means AR will be providing needed cash to the beleaguered Sauber team in exchange for naming rights, yes?

F1 Update!: Brazil 2017 A brilliantly sunny day greeted the F1 Circus as they made their way to the grid, led by the Mercedes of Valterri Bottas.  The Finn was going to have to carry the banner for the Silver Arrows on this day as his world champion teammate, Lewis Hamilton, was starting from the pit lane after binning his car in Quals.  He had his work cut out for him as the two Ferraris were right behind him in second and third, led by Seb Vettel, and the Italian team was desperate for a win.  Every team wants to end a season on a high note, true, but Ferrari actually led both championships for a substantial portion of the season before watching Merc run away from them.  Face needs must be saved.  So what occurred?  What transpired?  THIS is your F1Update! for the 2017 Grand Prix of Brazil!

*SOMEONE SET US UP THE BOMB:  After his visit to the barriers during Qualifying, Lewis Hamilton was going to be starting from somewhere around last place on the grid, so the team made the strategic decision to actually start him from the pit lane.  Why is this important?  Because it allowed changes to be made to the car's setup.  The Mercedes has proven to be rather persnickity regarding the weather this season.  It isn't fond of cool track temperatures, being unable to get its tires up to operating levels, so the team has to do everything it can to get heat into them.  This slows the car down.  The weather for Quals was cool and not sunny, so both Mercs were set up for that... and it got Bottas the pole.  However, race day came and it was both warm AND sunny; the track temperature was right in the Merc's sweet spot.  After the end of Qualifying, however, the cars go into parc ferme and cannot be worked on or adjusted in any way unless there's a safety issue, and even then it's a case of "like for like."  The race Powers That Be have to approve the switching of parts, and will watch the change like a hawk.  THEN the car goes back into parc ferme.  That was Bottas' position.  But Hamilton?  Since he was already going to be starting from the back, starting from the pit lane would be no great hardship, and it meant that the parc ferme rules did not apply; they could make any changes they desired.  And they desired to change the setup for hot weather.  Oh, and to replace almost everything on the car, from floor to engine.  It would make a substantial difference.

*LIGHTS OUT:  Once the five red lights went out, we had the usual drag race to the first turn between Bottas on the outside and Vettel on the inside.  Neither driver had great starts, wheelspin being the thing to begin with.  It was Vettel who managed to get the power down to the asphalt first and he passed Bottas as they reached the braking zone for Turn 1.  One turn later, all became chaos.  Smiley Ricciardo spun his Red Bull, and behind him Kevin Magnussen and Stoffelwaffle did Very Bad Things to each other.  This would call out the Safety Car, and only instants after the notification came out we had another wreck, this time when Lettuce Grosjean lost his Haas and broke False Esteban! into the kittylitter.  This would prove terminal for False Esteban!'s race, bringing to an end a remarkable string: ever since he began racing single-seaters in the 2014 Formula 3 season, he had never retired from a race.  Alas, no more.

*SAFETY CAR:  As Berndt Maylander was woken from his dark slumber, Lewis Hamilton had to be chortling with glee.  Starting from the pit lane had allowed him to totally avoid all the crashing and the wrecking and the glavin! and find himself in 13th.  Seven positions in just a couple of laps?  Not bad.  Many changed tires during the Safety Car, but not the leaders, and not Hamilton, who began the race on the Soft tires (the hardest compound on offer) and looked to be going long in the first stint, and finish up with a sprint on the ultramegawowthesearesoft tires.  The Safety Car also had the effect of gathering the field back together.  Hamilton may have been in 13th place, but he was only seven seconds behind Vettel.

*READY SET GO:  After the restart, Vettel managed to open a two second gap to Bottas, but no farther.  However, they began pulling away from the rest of the field; they both wanted the win so badly there was never any thought to playing it safe or protecting the tires.  As they ran away and hid, the cameras slid back to where the action was... with another silver-colored car.

*CHAAAARGE!:  On Lap 5, when the Safety Car went away, Hamilton was 13th.  On Lap 6, he was 12th, having passed Pleasant Stroll.  On Lap 7, he was 11th, getting by Sony Ericcson.  Lap 8 saw our champion leave Pierre Ghastly behind for 10th.  You can be forgiven for thinking that Lap 9 would see him in 9th place.  In reality, he was 8th, having passed both Carlos Sainz and Nico Hulkenberg.  He then began to slack off, taking five laps to pass Sergio Perez for 7th.  Now yes, Hamilton was in a much better car than everybody he passed, but that was still some mighty fine driving.  And it wasn't over yet... at this point, Hamilton asked his crew a stunning question: "Is Vettel getting away?"  In fact, he was only 16 seconds behind the leader at this point.

*PITS: By Lap 29, all the leaders had pitted for fresh tires... and Lewis Hamilton was leading the Brazilian Grand Prix (that's a lot of Grand Prix!).  And he would hold that lead for 14 laps until he had to make his one stop for tires.  He'd rejoin in 5th place, nine seconds behind Embryo Verstappen's Red Bull.

*NO... HE CAN'T, CAN HE?:  On fresh tires, Hamilton immediately began reeling in the youthful Dutchman.  On Lap 59, he took 4th place and immediately set off for the Ferrari of Kimi Raikkonen only two seconds ahead.  He would begin hounding the veteran, narrowing the lead to as little as 0.9 seconds.  Once Hamilton locked up going into a turn, however, it was clear that his remarkable day had come to an end, his tires cooked and the Merc wobbling.

*THE END:  When the race finally ended, the top four finishers, Vettel-Bottas-Raikkonen-Hamilton, were covered by less than 5.50 seconds.  There was then a 27 second gap back to Verstappen.  In many ways, this 1 - 3 result was exactly what Ferrari needed.  But there had to be a dark cloud hanging around, caused by Hamilton's storming drive.  It wouldn't have been hard to imagine the champion on the podium... or if he had began the race near his normal grid position, running away and hiding from the rest of the field.

Next race is the last race, Abu Dhabi in two weeks.  We'll see ya then for the finish!

1 Sure, but Hamilton was hugely advantaged by the car setup (and the safety car), so while he could still have climbed pretty high with the qual setup from 20th, it probably wouldn't have been quite as impressive. (Villeneuve called Bottas's performance "embarrassing"...but his car was set up very differently, and he didn't get to swap out all those parts. He's not as good as Hamilton, true, but he isn't terrible. I thought that was kind of mean.)

The gap to Verstappen is a little misleading because he pitted for red tires a few laps before the end. (Based on the radio chatter (the team was trying to talk him out of it) and comments afterward, I suspect he was deliberately trying for the fastest lap after Vettel beat him out for it in Mexico. Might as well - he had no chance of catching Hamilton and was well ahead of Ricciardo. He did get it, and it was a new track record.)