Thoughts On What Didn't Happen: Midway 70 Years Later Today is the 70th anniversary of US Navy's "Incredible Victory," that "glorious page in our history," the Battle of Midway.  In that conflict, the three carriers of the Americans (and the planes off Midway itself) engaged and sank the four carriers of the Imperial Japanese Navy. 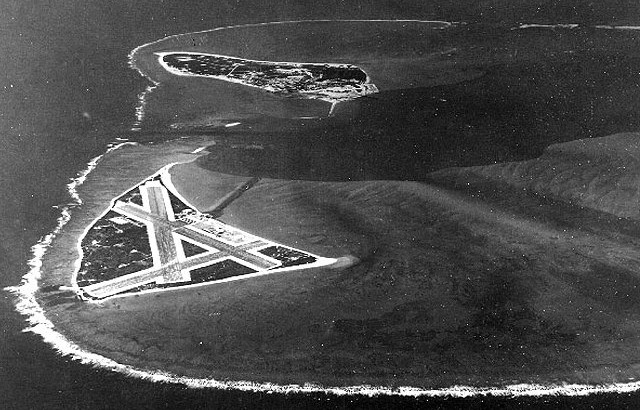 I've gone into many, many elements of the Battle of Midway in other posts here at The Pond, such as "Timing Is Everything", "Tone #4," "Beginning The Miracle" "Midway Myths Debunked," "The Reason For Midway," "The Flight to Nowhere," and a bunch of others.  Instead of rehashing that information, or go into the level of detail one can find in the plethora of good books on the subject, I'm going to deal with some lesser issues, ones that probably aren't deserving of posts in their own right. 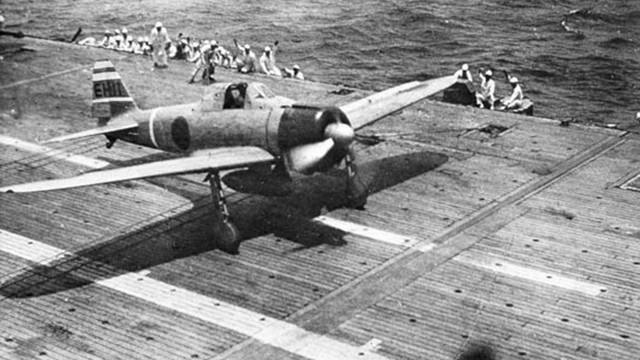 1) What would have happened if the Japanese had another carrier deck or two?
This could have happened.  The IJN had two carriers, the Zuikaku and Shokaku, sitting in Japan.  The Shokaku, of course, had been mauled at Coral Sea, and was completely unable to fight... indeed, she nearly capsized heading to the Kure Naval Yard.  The Zuikaku, on the other hand, was in fine shape... it's just that her air wing had been butchered.  If the Japanese Navy had made the effort, they could have gone contrary to their doctrine and combined the surviving planes and pilots from the two and put them on the Zuikaku.  Add in other available pilots from Japan, and they could have had a full wing and another carrier at Midway.

The other possibility is that the IJN could have pulled the Zuiho off the Support Fleet and added her to  Kido Butai.  Sister ship to the Shoho, sunk at the Coral Sea, she would have only barely been able to keep up with the four main carriers.  Her air wing (six Zeros, six A5M Claudes, 12 Kates) would barely be enough to make a difference.

Just for argument's sake, let's get the Zuikaku into the battle.  This would have given the Japanese a small advantage in number of aircraft (as opposed to a distinct disadvantage, as was actually the case), another flight deck, another experienced (if ad hoc) air wing... and another target for the US Navy to shoot at.  Considering that the Dauntlesses of the Enterprise and Yorktown were rather fortunate to kill three carriers (the Akagi was attacked by three planes, and only hit once... in just the perfect place to kill her), it's quite possible that the Hiryu and at least one other carrier would survive.  Would the Yorktown have been killed during the first counterattack, instead of soaking up a second attack, thereby opening Enterprise and Hornet up to attack?  It's too hard to say, considering all the variables, but it's a possibility.

2) If the IJN had won the Naval Battle of Midway, would the Atoll have fallen?
In Appendix 5 of Shattered Sword, the authors make a strong argument that at least the first attempt to take the Atoll would have ended as a Japanese bloodbath.  My opinion is that it depends on Yamamoto's willingness to bring the battleships of the "Main Body" into the fray.  As we saw at Guadalcanal, a bombardment from battleships is a horrifying thing to defender's morale, not to mention the damage they put out.  If the Yamato started stomping on Eastern and Sand islands, the situation would change from the scenario put down in Appendix 5.  That's a big "if", however... I can't find any reference to plans for such a thing anywhere.  I admit this is somewhat like saying "if the Japanese invaded with 10 times the number of men and had jet planes, the island would have fallen", but it's a thought experiment, not history.

3) If the Atoll had fallen, then what?
Good question.  There's some thought that even the Japanese weren't sure what they could do with Midway.  To be sure, the ability to base aircraft at Midway is not to scoffed at, and depriving the Americans of the use of the atoll certainly had value (particularly as it became a major submarine base later in the war), but consider the drawbacks of the location.  The atoll is almost completely unable to support human life without substantial help, meaning almost all food and water would have to be shipped in, not to mention fuel, munitions and parts.  Japan's shipping ability was substandard anyway; having to feed and fuel Midway, out in the middle of nowhere where the ships couldn't even bring anything BACK to Japan (or where-ever), would just make the situation even more dire.  So what would Japan do with Midway?  If they had the ability, probably the same thing the US did: make it a seaplane/submarine base.  A H8K "Emily" would be able to attack Pearl Harbor from Midway unrefueled, and San Francisco with refueling from a tanker submarine, and carry a useful bomb load to boot.  A submarine base would make the already long-legged IJN subs even more rangy, making it a cinch to station a few off the West Coast to pick off warships heading to Pearl.  In the end, however, Midway would end up yet another starving base that Japan could neither support nor evacuate.

4) So... why?
The whole reason for the attack on Midway was to sink the American carriers.  Taking the atoll was the bait to bring the US Navy out to fight, at which point the superior Japanese carrier force would engage and crush the Americans.  Everything else was secondary to that goal.  It didn't work out that way.

If we are going to be speculating...If the battle had been delayed by a few days, PACFLEET would have had 4 carrier decks in the area of operation, though the boost airpower might not have been as significant.

I wonder if Newport was asked to wargame the battle again, like they did for the 40th anniversary.   That always make for an amusing piece of trivia.