"Girls" of the Kancolle Video I probably should have done this last night, but I was too busy taking cold showers to do so.  There are three Ship Girls shown in the video for Kantai Collection (or "Kancolle"), and I pretty much had no idea who they were.  I mean, I know about the game, but I've never played and know nothing about how or when you acquire the shipgirls.  Which isn't to say that I couldn't figure out some stuff on my own, or with a bit of research!

Obviously the first we see is an aircraft carrier, and I'll admit that on her, I cheated: I already knew the answer.  She's the Akagi, the first full-sized carrier the IJN put to sea. 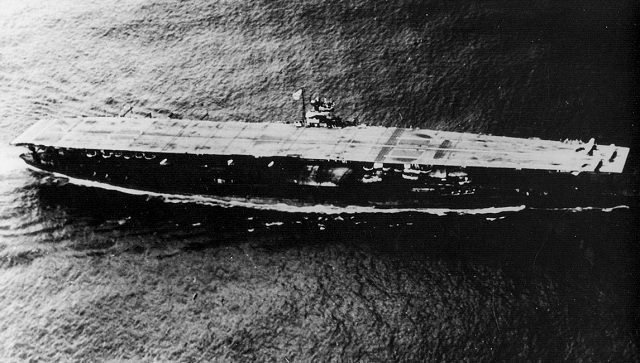 Ms Akagi is also one of the more popular shipgirls in the game, I gather, and has a figma coming out in September.  But what of the second girl, the battleship?  Well, I made a startling leap of faith considering we're talking about a game where the ships are young women, but I said to myself that they'd try and be historical about this.  First, they'd have a ship that was fast enough to actually keep up with the carrier. Second, I assumed they'd have the correct amount of turrets. 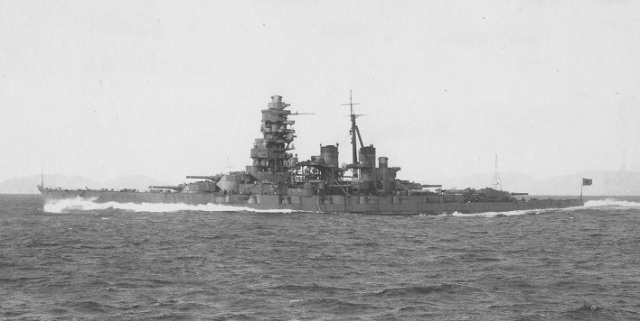 That led, inexorably, to the only class of battleship the IJN had that fulfilled both criteria: the Kongo-class "fast battleships."  Originally built as battlecruisers, refitted with more and better armor to upgrade their status before WWII, I guessed we were looking at the first-in-class (like Ms Akagi).  As it turns out, I was right: Ms Kongo it was.  Which brings us to the third shipgirl.  I had absolutely nothing to go on whatsoever except for one quick shot. 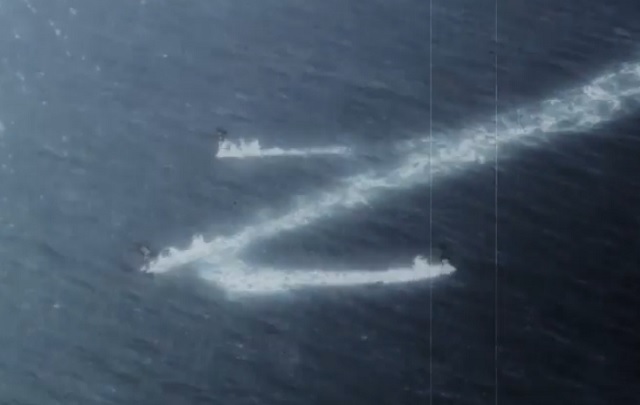 The fishhook maneuver for the girl on the right told me she was a destroyer.  She's clearly getting out of the way of the two big'uns, maybe after firing her torpedoes the way the IJN calls for.  Either way, great, she's a destroyer.  The IJN had thirty-quadzillion destroyer classes.  I had no idea which one she was... except that I did.  See, I knew that the "star" of the show was going to be Fubuki... which, curiously enough, was the name of the first-in-class of the first what we'd call "modern destroyer" design. 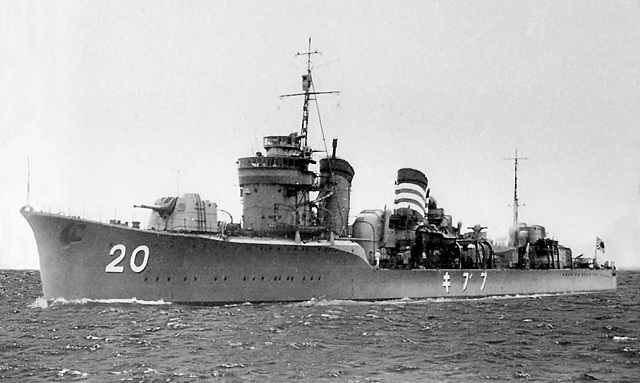 So there we have it.  Akagi, Kongo and Fubuki.  I've since read somewhere that these are some of the first shipgirls you can collect in Kancolle, so that makes sense too.  I guess I'm surprised they didn't have one of the splendid Japanese cruiser designs in the video, but I'm not complaining by any means!  January can't get here soon enough.

1 So, if someone wrote slash about them, that would be 'shipping?

3 Something struck me immediately about Fubuki: where are all the torpedo launchers? After looking at various pictures, apparently there's only one and it's housed in a low turret-like dome right in front of aft mast. Something was up with the IJN doctrine.

4 There are three: one between the stacks, and two between the aft stack and "X"-turret.  See pg 144 of Warships of the Imperial Japanese Navy 1869-1945, by Jentschura et al.