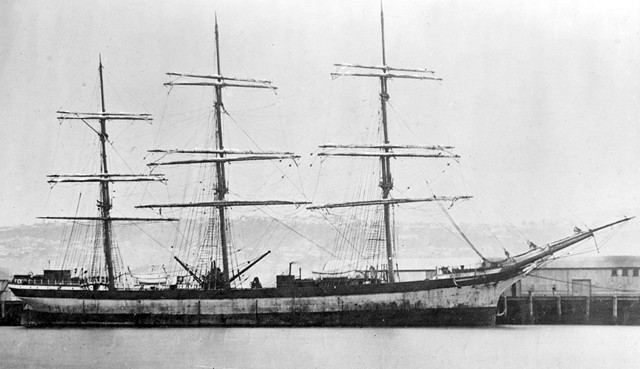 Name This Mystery Ship XXII I found out about this particular vessel a little over two years ago, and have been keeping it under wraps for a time when I've needed a mystery ship.  Now is the time.  THIS:

...is the ship.  As is always the case, I've photoshooped out any obvious recognition marks, but otherwise left the picture alone.  The unofficial rules, as always, apply: no imagesearching or anything like that.  That's cheating and makes Wonderduck cry.  One guess per customer.  Don't be a jerk.  I am the Law.  CXT and FDM, you two are in the Master's Level so no guesses from you until I give the say-so.  The winner gets a post on a topic of their choosing from your humble owner/proprietor of The Pond, moi.  No politics, religion or pr0n, however... this here's a fambly blog.

UPDATE: Brickmuppet has already guessed that the ship was the HMS Zubian.  Unfortunately, my response broke the formatting of my "edit comments" page, so when the latest wave of spam came through, I couldn't delete them.  So, instead, I deleted the original post, which corrected the problem.  Yay me.

Ah, a long time since I made mention of HMS Zubian and it finally appears in a Mystery Ship photo.  She was truly one of the odder naval mash-ups, especially since the two 'sister ships' she was built out of were not identical...

2 I get to pick a post right?
Do one on the influence of the lobbying of protestant interest groups upon legislation regulating burlesque shows in the late 1920s.

3 CXT, I didn't want to mention the REAL reason you couldn't play.

90 Years There are ships from World War II whose names ring down through the ages for their great deeds.  Names like Enterprise,  names like Samuel B Roberts, names like Tang and Wahoo.  Then there are ships who have generated a legend for other reasons.  Ships like Yamato, or Bismarck, or the lamented Arizona.  But there are other ships, ships that are known only to historians and grognards.  Ships that left a lasting legacy that only the truly attentive would be aware of, ships like the one that was commissioned 90 years ago today.

If you've read The Pond for any length of time, you know that I'm a fan of the underdog, and much more interested in the "supporting cast" than the star actors.  Everybody knows about the big carriers, for example, but nobody pays any attention to the escort carriers.  The Mustang, Spitfire and Zero get the headlines, but the Vindicator is what I'll be happy to read about for hours.  Which is why this ship is one of my favorites.  Ladies and Gentlemen, I give you the the first aircraft carrier designed and built from the ground up, the Hosho.

Commissioned December 27th, 1922 into the Imperial Japanese Navy, the Hosho was never to be a top-of-the-line fleet carrier, even when brand new.  She could only carry 15 planes in 1922, that number decreasing rapidly as aircraft size and weight increased.  Only 552 feet long from bow to stern, she was only slightly longer than an average American escort carrier built 20 years later.  She was also very lightly built, weighing in at under 9700 tons at full load.  For comparison, the USS , a light cruiser commissioned in 1938, weighed in at 10000 tons.

But her size was not to be her main value to the Imperial Japanese Navy.

1 Not really as inglorious as it was necessary and doleful to the transportees.  Love your work, amigo. 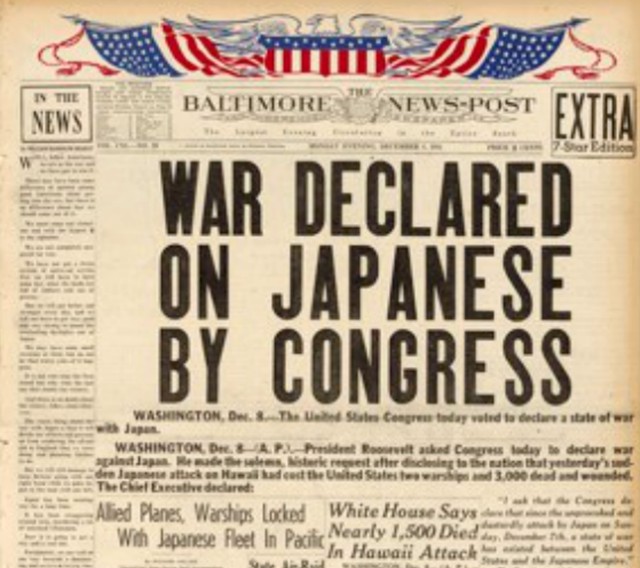 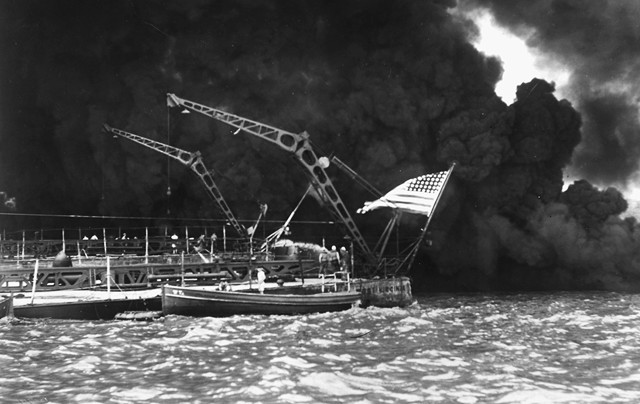 1 The Ryan Fireball. It had a propeller & a jet engine.