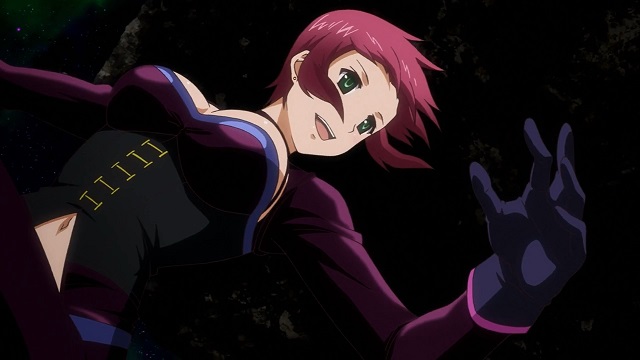 Because there hasn't been enough Rio Rainbow Gate! around here recently.  No giant holographic space sharks in the shot, though Rio will be jumping on the back of one any second now.

God, I love anime.  It lets me type sentences like that with a straight face.

1 I fell, heavily, off of the anime bandwagon for a couple years there. They were ugly years personally, and anime wasn't really doing all that well anyway. (Perhaps if I'd looked harder I'd have found better gems to enjoy. Perhaps.)

But when all's said and done, anime is a gift, particularly if you like seeing things that are occasionally way way WAY off kilter. "Oh, Japan!" isn't just an exclamation, it's an affirmation.

2 Wait, you're saying Rio's about to Jump the Shark?

3 "Oh,Japan!" isn't just an exclamation, it's an affirmation."
Do you say that in any way similar to the way you'd say "Oh John Ringo no" ?

4 you're saying Rio's about to Jump the Shark?

5 Rick C: Not entirely unlike, I suppose... depending on the occasion!