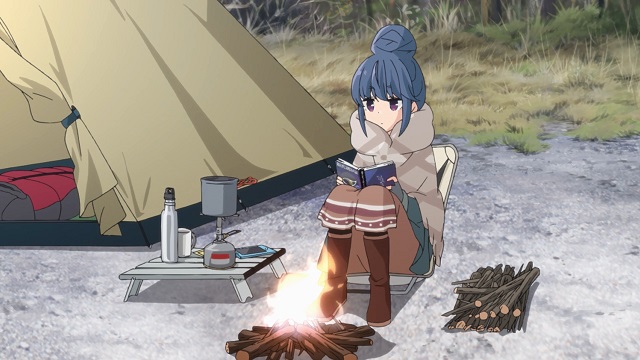 -Yuru Camp, Ep01
Let me ask you a question: does the idea of spending 10 minutes watching a girl dressed like your grandmother demonstrate the correct way to assemble a camp site, complete with a simply adorable talking pine cone, sound like something you'd go out of your way to see?  Then, my friend, have I got a show for you!  It's called Yuru Camp, and most of the first half of Ep01 was exactly what I just described.  And it was wonderful. 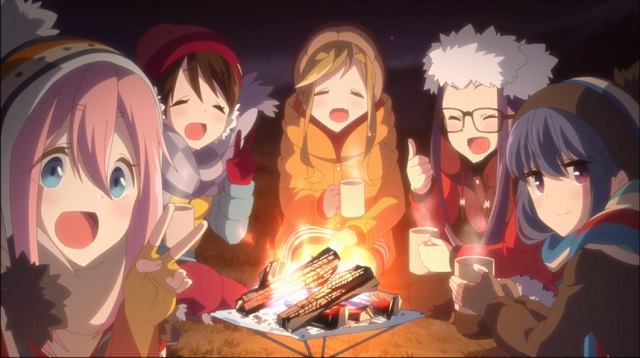 This shot is from the OP.  We've only officially met the girls on the ends, Pinky and The Quiet One.  The other three are apparently the members of the Outdoor Living Club (or whatever they call it) that appeared only briefly.  It's quite easy to see that Pinky will be the linchpin of the entire show.  This may not be a good thing. 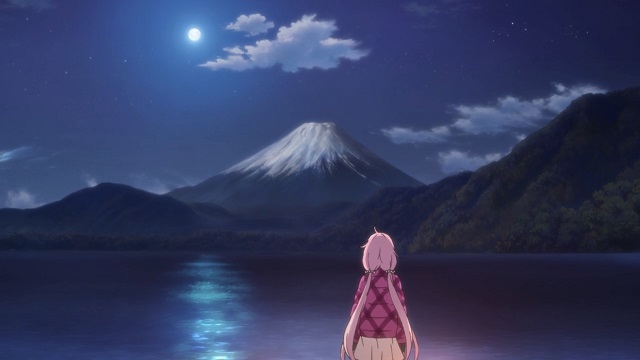 She's loud, dumb as a box of hair, has probably never been camping before, and it's clear she'll be the viewer insert.  If she stays loud and dumb as a box of hair, this is going to suck.  This has the opportunity to be this year's version of Flying Witch, all contemplative and comfy as hell, but if Pinky doesn't snap to, the whole thing is doomed. 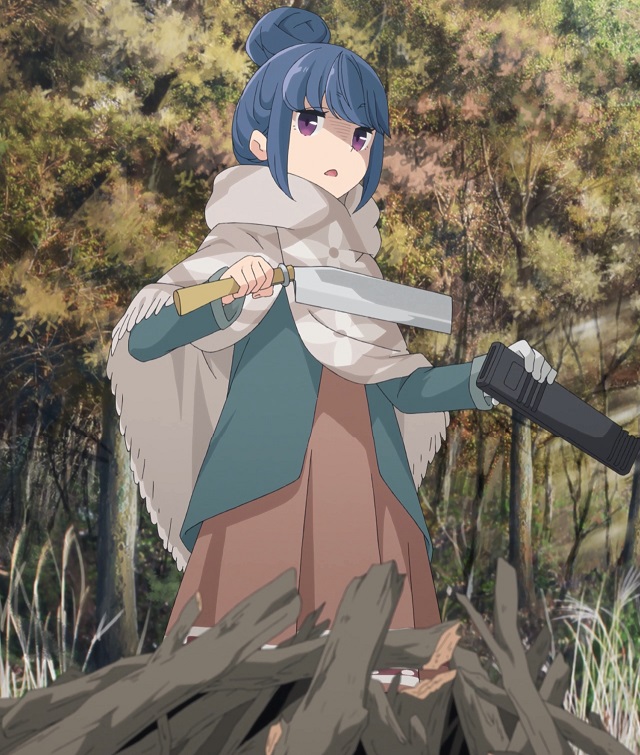 ...and then the axe/saw/shaving tool will come out, and it'll become a whole different sort of show.

1 I liked the show. Very realistic about winter camping!
Wallyworld has self-inflating sleeping bag pads for something like twenty bucks. Warmer, easy to pack, and generally a great invention. But you still need a groundcloth if you don't want to be damp!
That was the one thing I did not believe about camping by a lake. It was not damp enough.