Random Anime Picture #82: On A Horse 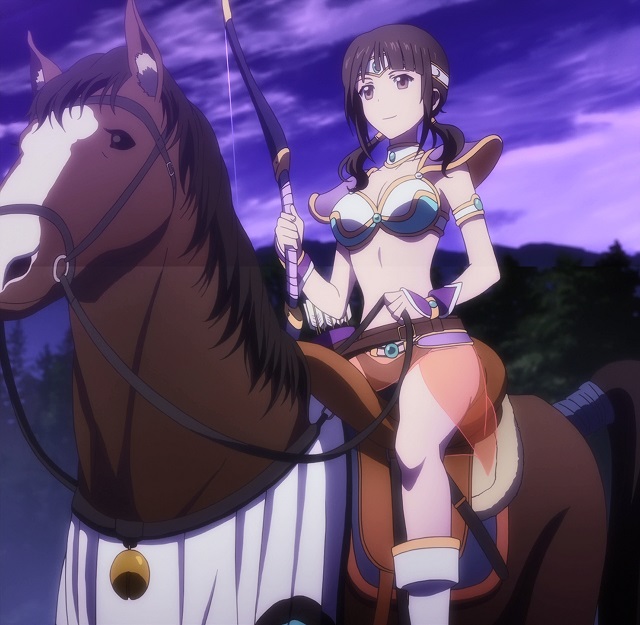 I have no idea what's happened in this picture, since Tari Tari is about a group of friends who want to sing in a choir.  I'm assuming it's a fantasy sequence.  I hope.  Otherwise, the series appears to have become Glee with horse archers.

2 The thing I find annoying about that picture is that her bikini is probably AC 5 at least.

It is probably made of the same magically enchanted material as the armor worn by Alias.

4 It's for a cultural festival event, and the member in question is a horse archer - some sort of competitive thing, like jousting but with a Japanese longbow?