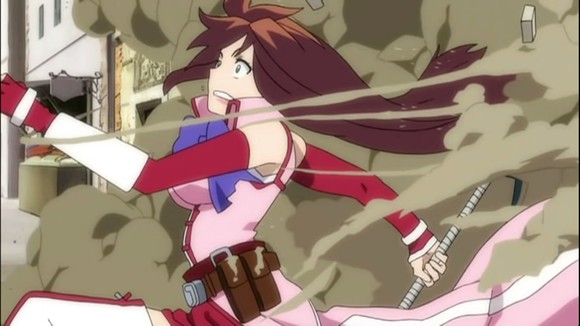 Okay, so lets look at this.  We've got a show where the main character is a hawt swordsbabe with the apparent ability to literally destroy the world, and she's not afraid to threaten to use it.  The powers that be are trying to stop her, hijinks occur.

All right, not a bad setup, why wouldn't anybody enjoy that?

OK, unless we're talking about the people who think they're elves.  I knew a guy who used to say this sort of thing.  He insisted we call him "the Elf" instead of his given name.  He got banned from Penn State's University Park campus for stalking the football front office people.  He supposedly once held a roommate by one foot off of an apartment balcony. There was a story going around that he once held some girls hostage at gun-point.  This guy used to visit my <i>apartment</i>.

2 Well, by all appearances, they're mostly the bad guys in World Destruction!, so take that for what it's worth.  Humans appear to be the minority race in the show, too.

Of course, that's just what it looks like after one episode.  For all I know, the furries are actually nice and friendly folk, and the humans are plotting to drop them into a giant blender and have furry smoothies for breakfast.

But I doubt it.

Otherkin are a subculture of people, primarily Internet-based, who identify in some way as other than human.

Is it OK for me to pretend I'm a saiyajin?

You're not a saiyajin?!?

6 Well, we're not really supposed to admit it, you know. 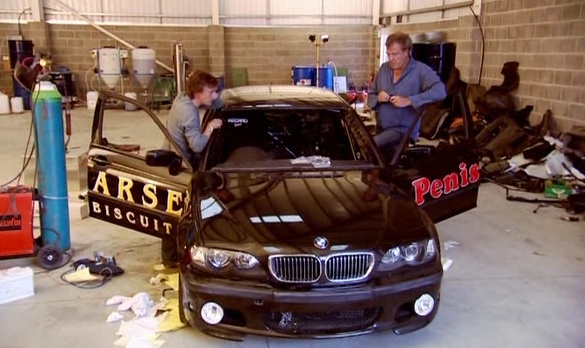 In honor of the British Grand Prix running this weekend, on Silverstone's 60th year of operation, I decided to use a shot from the Top Gear episode where the lads and The Stig participate in the Britcar 24 Hour race at Silverstone.

Yes, those are sponsor logos: Pearse Biscuits and Peniston Oil.  Or maybe it's referring to Hamster and Clarkston.

The 'sponsers' were made up names, because the BBC isn't allowed to show real brands (remember they're taxpayer funded and aren't allowed to advertise. I remember kids show Blue Peter used to cover over logos on cereal boxes and washing up liquid bottles whent ehy made stuff)

And the 'arse biscuits' is a reference to Father Ted

The new series has been a mixed bag so far, hopefully it will get better (one epsidoe is supposed to be a race against a bullte train!)

Yeah, I know they were made up; they even said it in the episode.  But I didn't want to spend the time right then to explain it... made it funnier, almost, kinda.

I'm enjoying the new season, but it has been a little slow-starting.  Ah well, there's always the the episode with Lewis Hamilton, the Peel P50, and the Bugatti Veyron vs Eurofighter Typhoon race to watch... 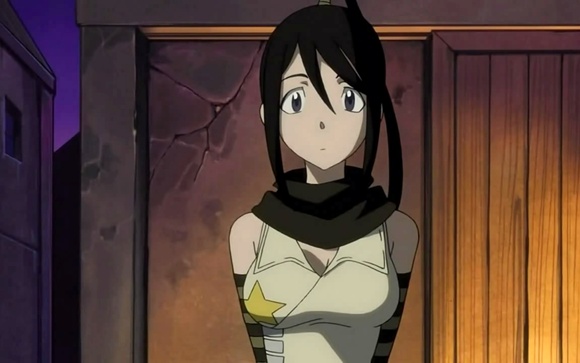 Funny, Tsubaki sure doesn't look like she's a living weapon.  The full-sized version of this pic is my current wallpaper, actually.

(this post is by request of Brickmuppet, who whined that he missed the Random Anime Pictures while I was on hiatus... here ya go, Mr. Muppet!)