Random Anime Picture #116: The End Of Cinderella Girls I did not expect them to be eaten by mini-Godzilla. 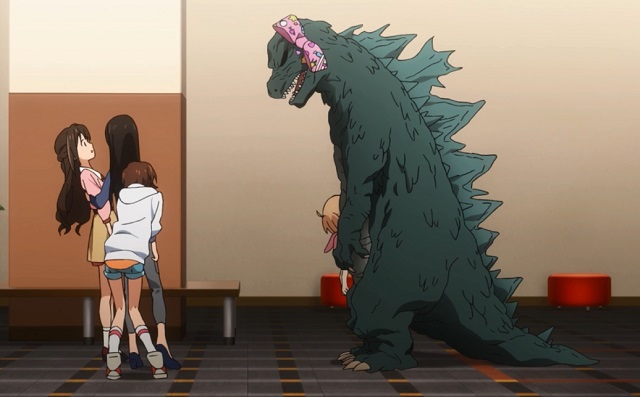 I am of the opinion that I'm missing something with this show, perhaps even more than with the original Idolmaster series.  Kinda like how Kantai Collection is filled with references that only make sense if you've played the game, I'm guessing that I'm only getting half the story here.  Maybe someone who's actually played it can pipe up... I think I remember seeing that The Man Called Author played it... and tell me if that's really the case.

Maybe he can also explain why Anastasia isn't the main character in the show. 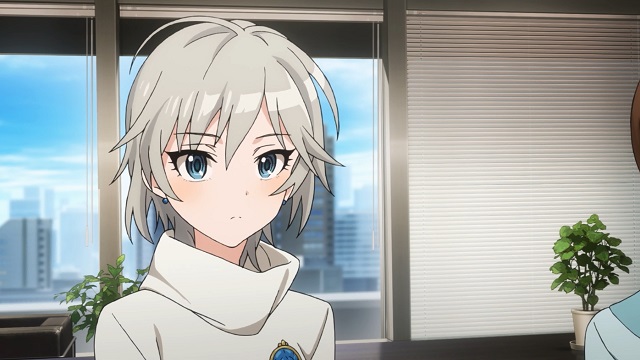 Because, ye gods and little fishies, she's certainly my most popular.  She's no Chihaya, of whom I even have a figma, but she ain't far behind.

1 That monster is from Tenchi Muyo GXP; it tries to eat Seina at one point.

2 The monster from TMGXP is pink and has no dorsal ridges.  It does have a bow however.  It's also real; this one is a costume.

3 Millenium Era Godzilla suit.  Shadowed eyes; sleek, rounded nose with nostrils at the front; prominent spines high on the back; and predominantly green instead of grey, blue or black.

4 You're right; I wasn't remembering correctly.

5 I think I mentioned this elsewhere, but my high school crush had a hair like that. It is called "ash blonde" and is actually exceedingly rare among Russians. Oddly enough, I've never seen one in America. It does turn a bit yellow with age though. I have no idea how Japanese creators came to associate that color with Russians, like e.g. Freza of J2. I guess it's slightly more like Russians than Americans. At least it's not one of anime hair colors.

6 I agree, she is rather pleasant in aspect.... 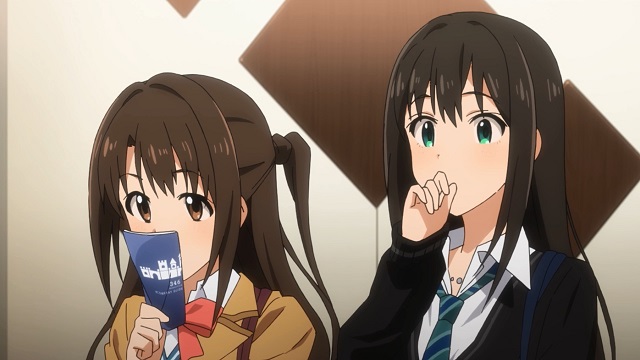 I've always had a weird thing with the iDOLM@STER franchise.  I don't dislike it, but I've never been particularly impressed by any of the shows I've seen... or any of the "idol builder"-based shows, really.  Then again I've also never played the games, but from what I've seen/read about them, I could see myself getting caught up in the whole rigamarole. 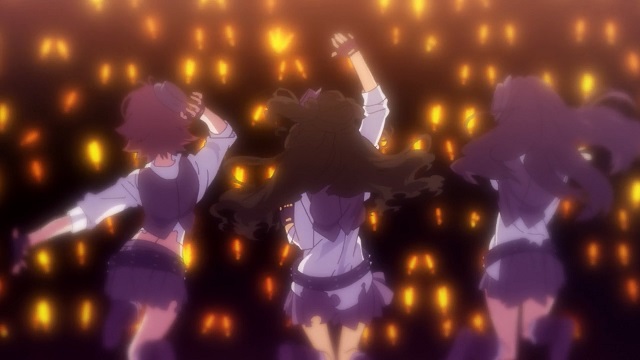 One thing I appreciate about the shows are the way they get the "backstage" parts right.  Performers, particularly first-timers, get the jitters while the tech crew goes about their jobs with a staid professionalism, unnoticed and only rarely appreciated.  Not that I'm bitter or anything about that detail.

1 Good luck. This season's a total dry spell for me. (Technically I have Sailor Moon Crystal in my CR queue, but that's for Vyx and I to watch together and she hasn't expressed any interest. So.)

Sigh. I don't want to suspend my subscription(s) but dammit.