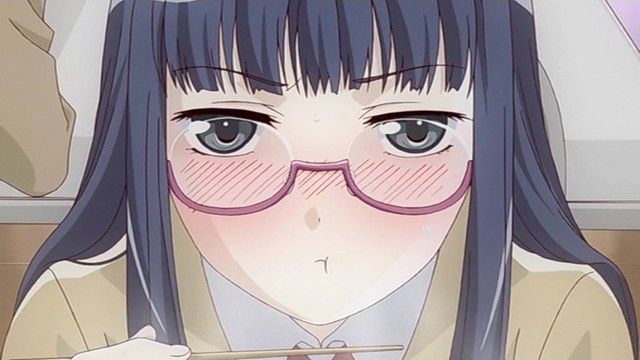 I wrote about this "series" a few years ago.  At the time, I reviewed just the first two installments, as that was all that was available.  The remaining two were released shortly thereafter, and held up nicely to the standards set by the the earlier OVAs.  For whatever reason, this evening I decided to rewatch the series, and lo and behold, there's a set of red half-frames in it.  More for Steven!

Y'know what?  MnK might be one of the nicest shows I've seen recently.  It's not great by any stretch of the imagination.  There's dozens of better series out there.  But you watch it with a half-smile on your face for the entire time, and when it's over, there's this little sigh of contentment that you'll inevitably emit.

It's very much focused on a certain fetish... glasses are hot!... and if you're one of those people who don't "get it," you'll probably have a substantially different reaction, but for those that fall into the correct niche?  It'll be half-smile and sigh time. 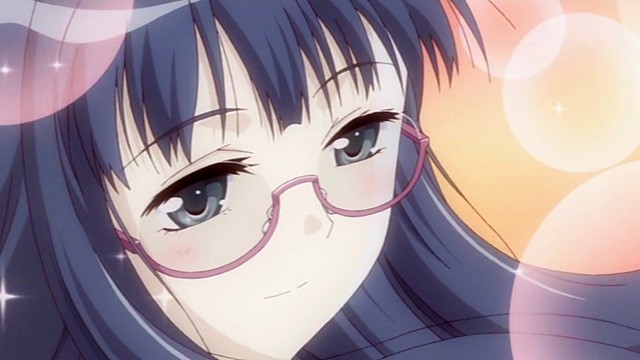 They don't all have to be high art, folks.  In fact, it's probably better that they aren't. 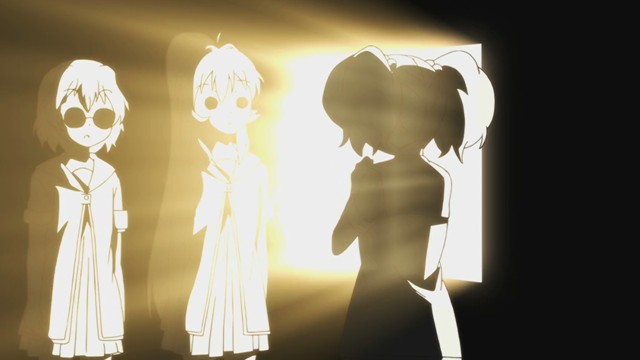