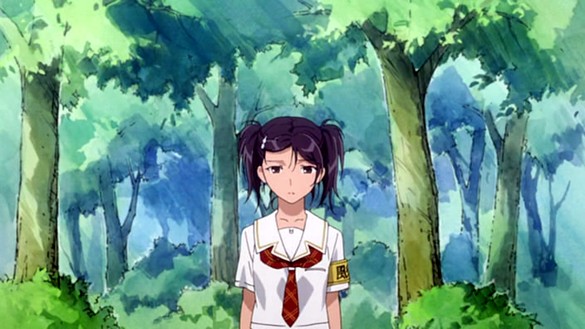 1 There's a DVD special for KimiKiss? 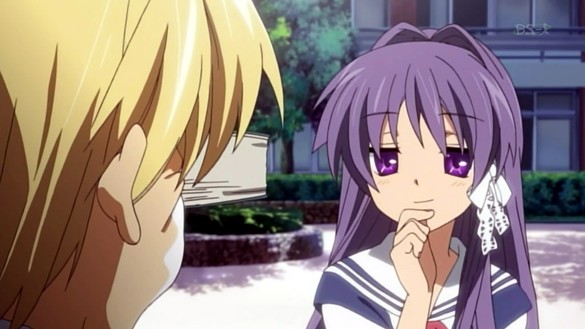 Yes, that IS a book sticking out of Sunohara's face, why do you ask?

Okay, I know that the lightheartedness of these episodes is going to go away.  Just the title of ~After Story~ implies to anybody who's played the game (or knows what happens) what's heading towards us like a freight train.

But I'll be damned if this doesn't feel exactly right, exactly like the game.  If it stays this way, and I can't imagine it won't (it's not like KyoAni doesn't have experience with Key games after all), the two Clannad series just might force themselves into the rarified air of my "Holy Triumvirate": Azumanga Daioh, Kanon, and the ARIA series.

Besides, how can you NOT like a show that gives us this: 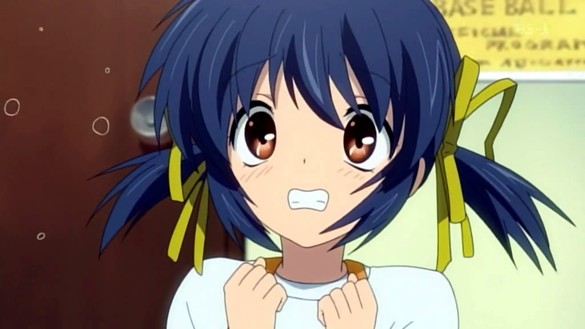 1 Apparently the book also looked like it had a good damage bonus.

Random Anime Picture #30: Now That The Political Stuff Is Over With... 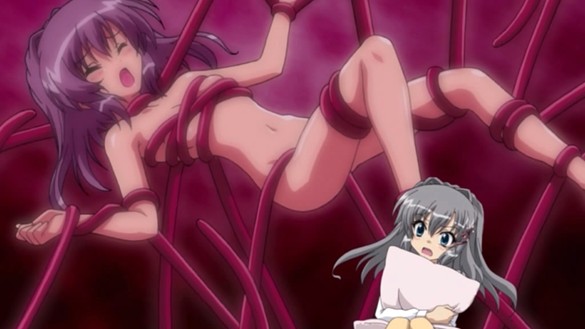