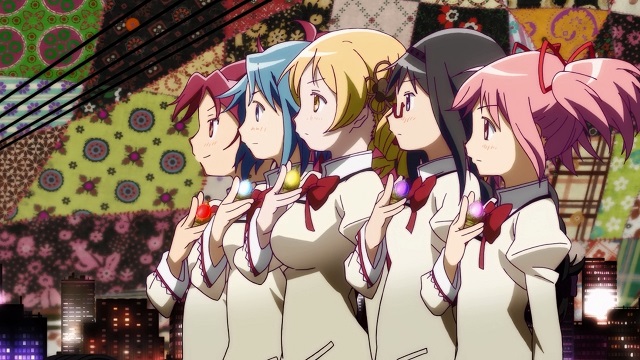 It looks beautiful, at least as good as any anime film ever.  Truly, Rebellion is an awesome movie to look at.

It's a darn shame the Powers That Be decided to ruin the thing via the story.  Just criminal.

1 So what you're saying is, watch it with the subs and sound off?

2 Actually, what I'm saying is that if you liked the TV series, you probably shouldn't watch it at all.

3 Meh...Seems the movie is polarizing.  Either you like it or you hate it.  I rather liked it.

4 I don't know if "liked" is the word. I watched and admired what "Madoka Magika" accomplished, but I'll probably never watch it through again. Hmm.

But, I am duly advised against going to any particular effort to chase down this movie, so there's that.

But, I am duly advised against going to any particular effort to chase down this movie, so there's that.

Not everyone felt that way - I think Steve even quoted Peter Payne's (Who actually saw it in the theaters in Japan.) favorable reaction to it.

But the third movie also caused an earthquake in the fan-base.  It was very polarizing.