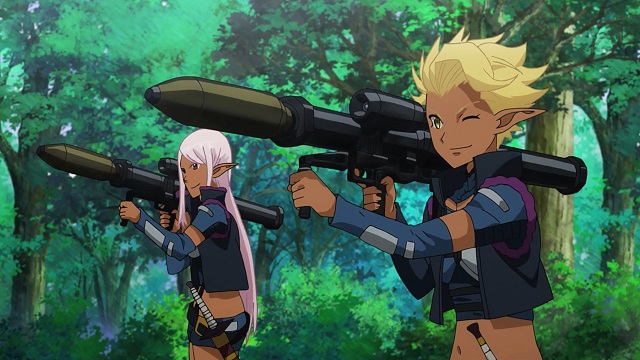 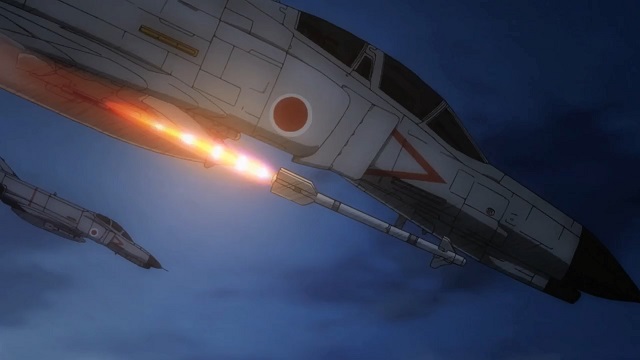 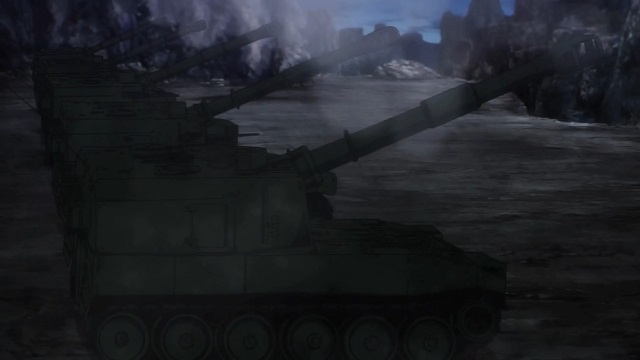 I'll tell you, I was just giggling with amusement during the final battle in this episode of Gate.  It was great!

1 Actually, all that stuff was just preparatory. What finally iced those last two dragons was TOWs fired by Cobra attack helicopters.

3 I think the old D&D rules did say that all elves got a bonus on all ranged weapons... so I guess that counts.

4 Steven, yes true, but I felt that was the TOWs were a deescalation from the munitions buildup shown.  I mean, after pummeling the targets with a battery of six inch guns, they should have gone with... I dunno... laser-guided bombs or something.

5 I think the TOWs were the only thing they had which could outright kill one of the dragons.

6 I submit that an artillery barrage aimed by a trained spotter causes more damage than a pair of TOW missiles, but it may be that the tandem warhead was needed to get through the scales.

Doubtful, though, as the dragons were clearly hurt by the Sidewinders, and those use an expanding continuous-rod warhead, not armor piercing.

7 I love reading discussions of the effect of real-world weapons systems on dragons.  I remember Steven doing this topic on his old blog around the time Reign of Fire came out.

9 There isn't any ocean on the other side of the gate. All we see is rivers.

10 Also, how the hell would you get a CV through the gate? (I'm still trying to figure out they got the 4-engine cargo plane in there that dropped supplies to Itami.

11 There isn't any ocean on the other side of the gate.

Plenty of ocean on this side of the gate... who's to say that Hardy (or whatever) can't open another one near Okinawa in 1942?

I'm still trying to figure out they got the 4-engine cargo plane in there...

In pieces.  Take the wings and the tail off and maybe it'll squeak through.