Missing Midway Photography Unless you're like me, and heaven help you if you are, you may not have noticed one of the most surprising facts surrounding the Battle of Midway.  That is, where are all the pictures of the Japanese carriers?   Now, I can hear you saying "Wonderduck, there's plenty of pictures of Kido Butai at Midway out there!  Just look at this one of the Akagi!" 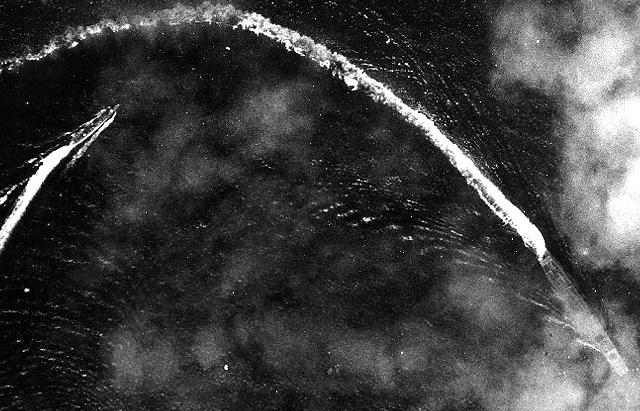 "Or this one of the Soryu!" 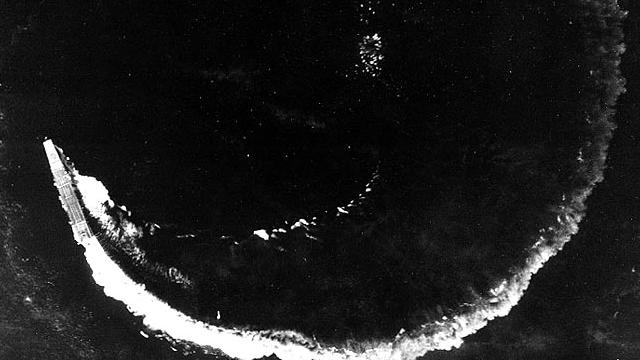 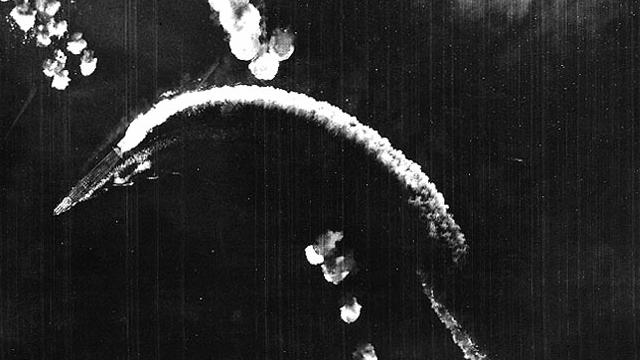 I'm sure there are variants of the above three pictures in the National Archives, but for all intents and purposes, those are the only images of the Japanese carriers involved at the Battle of Midway that we have.  Taken from B-17s on the morning of June 4th, 1942, they represent the entirety of the US photographic effort during the battle.

Unfortunately, yes.  However, over at the wonderful resource history.navy.mil, there is a story that makes every Midway historian weep with frustration.  It seems that one of the SBDs flying off the USS Enterprise, piloted by LT (JG) Wilbur Roberts with Aviation Machinist Mate WB Steinman, had a camera on board when they attacked on June 4th.  Low on fuel afterwards, LT Roberts landed on the first carrier he found... the Yorktown.  A few hours later, that carrier was bombed and torpedoed, and he had to abandon ship.  He took the camera with him, however, and once aboard the USS Portland, the film was developed.  According to LT Roberts, the pictures showed a Japanese carrier, probably the Kaga as that's the ship that most of the Enterprise's SBDs attacked.  Then an officer more senior than LT Roberts came along, realized what the pictures were and took them all, presumably to show to the captain.

And there the trail ends.  According to the website, there's no record of the pictures in the various Midway after-action reports, and they aren't in the Portland's photographic archives either.  One could assume that there were cameras being carried by planes from the Yorktown and Hornet.  If so, it's possible that the ones from Yorktown planes went down with the ship.  As we know, planes from the Hornet never made it to the fight on June 4th, so wouldn't have anything of particular interest in their assumed cameras.  The most fascinating pictures of all would have been from the three torpedo squadrons, but we all know what happened to them.

So what of the Japanese?  Surely they took pictures during the battle, right?  Heck, in Shattered Sword there's the story of a civilian cameraman, Teiuchi Makishima, who filmed the attacks on both the Kaga and Akagi from the decks of the latter vessel.  However, when he abandoned ship, his camera and film were lost.  But there must be something, right?

Sadly, no.  After Midway, the Imperial Japanese Navy went to great lengths to cover up the disaster that they had suffered.  The wounded survivors from the carriers were quarantined for a period of time (some, for up to a year).  The uninjured had barely stepped onto Japanese home soil before they were reassigned to units in the South Pacific.  Officers and enlisted men alike were treated thus.  What records there were of the battle were confiscated by the highest ranks of the IJN.  Then three years later, when surrender was imminent, many Naval records were destroyed.  The Nagumo Report, the official Japanese after-action report of the battle, survives only because a draft copy was found in a footlocker after the war.  So little information survives from the Japanese side of the Battle of Midway at all.

But there are three pictures known to exist, all of the Hiryu.

This picture shows the Hiryu launching aircraft.  It first came to light in the West in Shattered Sword, on page 263 of the hardcover version.  There, a convincing argument is made that it shows the first counter-attack on the Yorktown being launched.  If so, it's probably the only picture we have that's taken from another Japanese ship during the battle.

The two others that we know of were also taken by the Japanese, but from a recon aircraft on June 5th.

On June 5th, as Admiral Yamamoto's Main Body approached the combat zone, a plane was launched off the Hosho to try and locate the retreating escort ships of Kido Butai.  In the process, it found the Hiryu.  The whole forward section of her flight deck is gone, collapsed into her upper hangar deck and burned to ash.  Her forward elevator was flipped up against the front of her island structure, testifying to the strength of the explosions she suffered.  Smoke trails from the back half of the ship, showing that fires still burn inside the hangar decks.

It's also clear from this angle that Hiryu, while burnt out, appears to be in no danger of sinking immediately.  Not visible in the picture, though it was to the aircraft crew, is that there were still survivors aboard.  When this information was signaled to Yamamoto, he immediately detached a destroyer to go to the Hiryu's aid.  When it arrived about two hours later, the Hiryu had already gone under.

Excellent accuracy and terrible luck... that would be why we have so few pictures of the Japanese carriers at Midway.  With every day that goes by, it becomes less and less likely that we'll ever find any others.

1 Helluva note, amigo.  Thanks for the explaination.