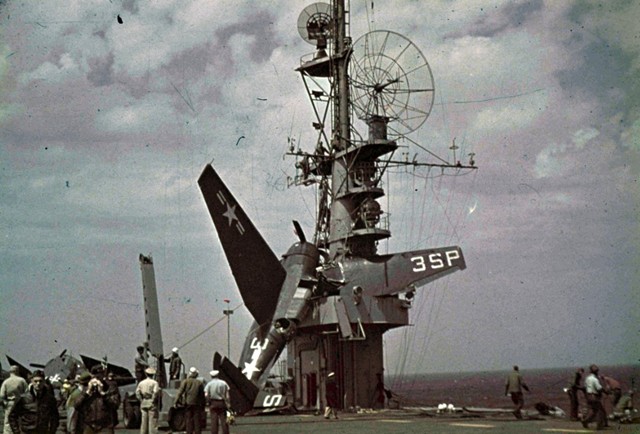 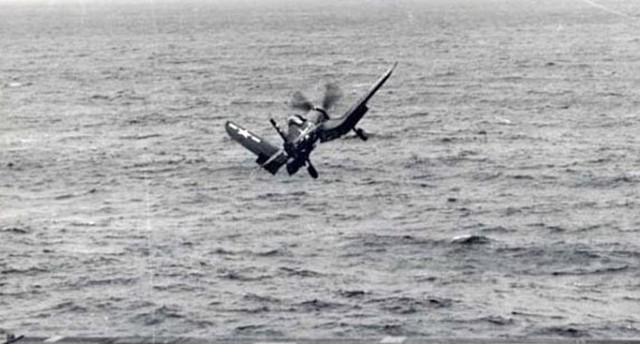 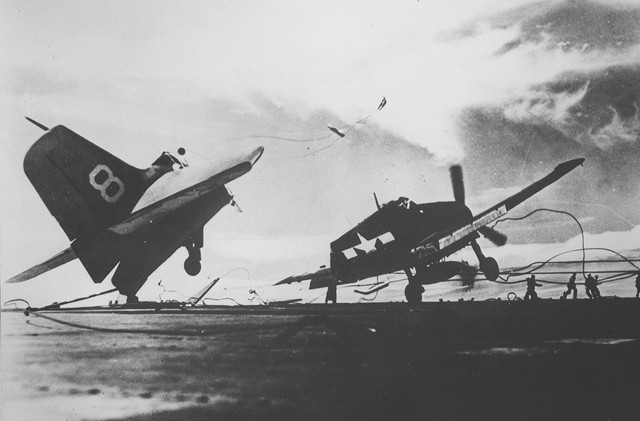 1 "...and always remember, your equipment was made by the lowest bidder."

3 Actually, GM produced a skosh over five thousand FM-1 and FM-2 variants of the F4F, and while Vought was prime contractor for the F4U, Goodyear and Brewster together produced about 1/3 of the twelve thousand Corsairs built.

The things that can happen when you give a shiny new toy to someone who is young, inexperience, and lacking in common sense to know doing something stupid is stupid.  Otherwise known as 'ensigns.'

Reminds of the story of one pilot's creative answer to finding out his Avenger's wings had not been locked in the down and deployed position - do a roll and fly inverted, hoping that gravity would do the necessary work...Which it apparently did!

6 How did the locking mechanism work?  Was it something that snapped into place and stayed there, like a railcar knuckle coupler, or was it a glorified cotter pin?  I'm just wondering if he had to fly inverted all the way home, or if it was a snapped-into-place-then-fine situation.