Harry's Life There are times that I hate blogging.  Trying to come up with interesting posts, spending the time to bring them to fruition, then realizing that it was an "eh" idea in the first place.  Then there are the days that you can't come up with anything good at all, and you resort to posting pictures of rubber duckies or cartoon girls or music videos.  There are days where you just feel like chucking it all and walking away.

And then there's days like today, when the perfect idea for a story falls into your lap.  Like this one, which I'll call "Harry's Life."

Harry lived and worked in India before The War To End All Wars.  A newspaper reporter, he surely could smell the coming conflict, but he was of the age where one has no fear of one's own mortality.  It could never happen to you, it would always happen to the other guy.  Once the Great Mistake (pt 1) began, Harry didn't give staying out of the fray a second thought.

Harry was never a tall man.  He did have the air of the rake about him, however, with hair that Clark Gable could only envy.  He occasionally grew a dapper mustache, but it never stayed around for long.  His eyes had the cool, appraising look that were the mark of a good newspaperman.  In truth, he didn't look the part of a soldier but when War began, he immediately enlisted with the nearest British regiment... well, almost.  Instead, he joined the Ghurkas.

"If a man says he is not afraid of dying, he is either lying or a Ghurka."  This quote, from Field Marshal Manekshaw, tells you all that you need to know about the fighting spirit of these legendary soldiers.  Amongst them, Harry felt at home.  He learned and truly understood the war cry of the Ghurkas, "Jai Mahakali, Ayo Gorkhali!", which translates to "Glory be to the Goddess of War, here come the Ghurkas!"  When his regiment was called to France, Harry went along... to the Battle of Loos.

In a war full of mass casualties for little gain, Loos would barely rate a mention... if it wasn't for the futility of it all.  Ammunition shortages limited the pre-attack artillery bombardment.  The British used poison gas for the first time, releasing 140 tons of chlorine gas... much of which was blown back over their own lines.  Then, at 0630 on September 29th, 1915, six divisions of troops charged out of their trenches... into the face of German machinegunners unfazed by the weak bombardment.  As they charged across the open plain between the trenchlines, the Ghurkas discovered that much of the German barbed wire was still in place, unsevered by artillery.  Undaunted, Harry found himself in the forefront of his company's charge into the enemy trenches.  With kukri and grenade, he helped cause one of the first substantial breakthroughs of the war, leading to the taking of the town of Loos.  Three days later, the Germans counterattacked and threw the British back to their lines.  Over 20000 men lay wounded or dead after three days of stiff fighting.  Harry was one of them, the victim of a German artillery shell.

Riddled with shrapnel, he was invalided to England to recuperate.  While there, his Regiment of Ghurkas, used up by battle, was sent back to India, surely kicking and screaming.  However, Harry wasn't done with France yet.  Once up and around, he joined The Duke of Cambridge's Own Middlesex Regiment and returned to the trenches.  Except this time around, he was an oddity.  His kukri by his side, he knew his ways around the muddy passages and the fields of death around him.  His experience made him valuable to his company, and he quickly became a trusted squad leader.  One dark night, he led a handpicked team across no-man's land, returning with prisoners and intelligence. This brazen mission earned him a mention in the regimental dispatches... and a Croix de Guerre with bronze star.  He only just was told of this honor when his old nemesis, the German artillery shell, found him again and left him with a bellyful of shrapnel.  And back to England he was sent once again, back to hospital.

While there, he caught the eye of a pretty nurse.  Certainly there wasn't a whole lot he could do with his abdomen wrapped in bandages, but his good looks and witty repartee certainly stood out amongst the other soldiers there.  In some ways, leaving hospital was one of the tougher things he'd ever done... after all, he was leaving the pretty nurse behind.  Much to his surprise and delight, she made sure he knew how and where to reach her when he could.  For once again, the warrior in Harry sent him back into the fray.  But this time, he would make sure that the German artillery could not get him.

As early as his time at Loos, Harry would look up and see the birds of the Royal Flying Corps soaring high above him and marvel at their grace and serenity.  During his second recuperation, he petitioned for a transfer to the RFC, and to everybody's amazement, he was accepted.  Perhaps 'Bloody April' had something to do with it.  In any case, Harry found himself posted to RAF Station Marham, flying the Sopwith 1-1/2 Strutter.  Perhaps unsurprisingly, he tended to fly the way a Ghurka fights... take no prisoners and all-out, nearly in a frenzy.  Also perhaps unsurprisingly, in 1917 he somehow managed to make his bus fall eight hundred feet out of the sky and into a cabbage field.  The result looked something like this... 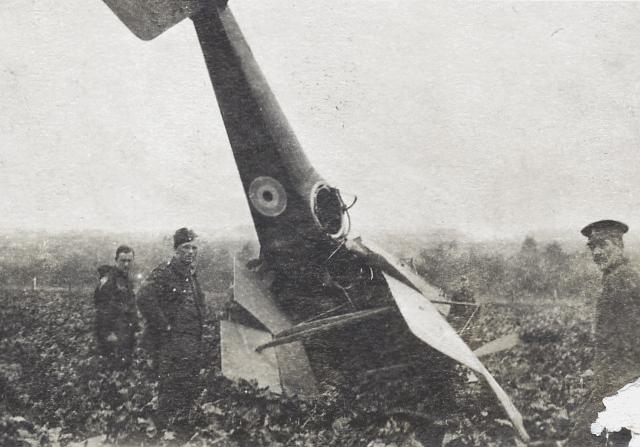 His training set back by the injuries sustained by this wreck, he only managed to fly a few milk-run missions over France before the war came to an end.  One would think that'd be the end of the tale of Harry's life, but in some ways the best was yet to come.

After the war, Harry tracked down the pretty nurse, courted her and eventually married her.  Amongst other things, he somehow eneded up working for St Dunstan's, the UK's national charity for ex-servicemen that had suffered blindness due to the war.  There, he taught various vocational skills and discovered that he himself had a hidden skill at laquerwork. Late in his life, Her Majesty Queen Elizabeth II came to St Dunstan's, where he presented her with one of his laquerwork trays in celebration of her visit.  It was one of the high points of a busy, and unique, life.

A wonderful story, and I'm glad I came up with it... except I left out two details which make it even more amazing:


First off, it's all true.  Second, well, here's a picture of Harry: 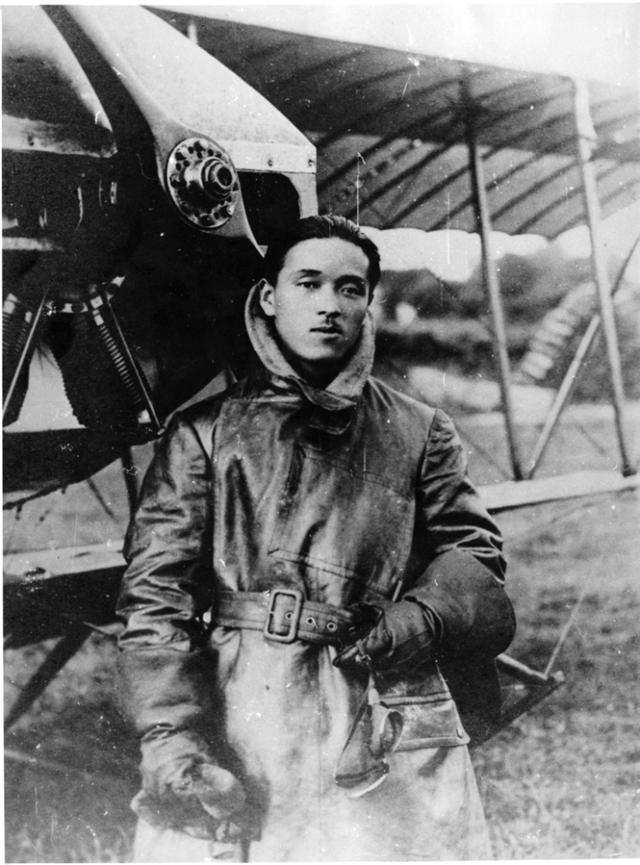 His real name was Taro Fuseo Ohara, and he was Japanese.  There's a very good chance that he was the only Japanese national to fly with the RFC in World War I, and he may very well be the only Japanese holder of the WWI Croix de Guerre.  He really did serve in the Ghurka Rifles, really did crash a plane into a cabbage field (yes, that's his plane in that first picture), and he really did marry the nurse that he met while recovering from war wounds.

I found out about Mr Ohara (called "Harry" by his friends in the RFC) via the Official First Friend of The Pond, Vaucaunson's Duck.  Vauc has a friend named Peter who is the grandson of Ohara and who kindly agreed to let me post the above pictures.  He also passed along to Vauc the basics of his Grandfather's life, who sent them to me.

Many of the details (Loos, for example), are made up of whole cloth.  I don't know that Mr Ohara's Regiment participated in that engagement, nor do I know the details behind his Croix de Guerre.  However, there were Ghurkas at Loos, and he did serve in the Middlesex Regiment according to Peter.

I do wish I had a chance to meet him... he must have been a formidable gentleman.

God BLESS it, I love the way your mind picks out subjects to write about.....  Now where's that article about Black Cats in the Pac Theatre?  (grin)

Keep up the good work - don't let the undergrad ducklings mess with your mojo...

Alas, All I came here to give you was a link to a Music Video with a Cartoon Girl and a Rubber Duckie.

Which I found here in this article about an innovative 3-D display device in Japan.