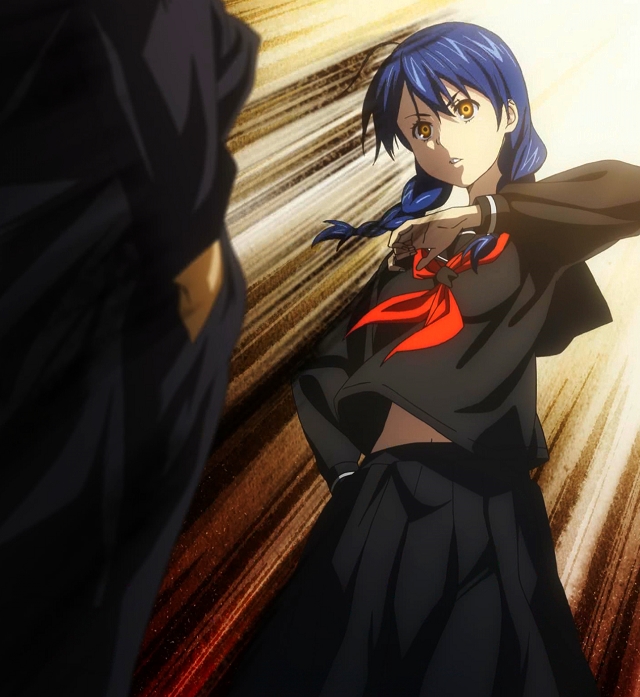 -Shokugeki no Soma, S2E02
The second season of everybody's favorite semi-orgasmic fighting anime based on Iron Chef is in full swing, and while the hat-tip to JoJo's Bizarre Adventure may not have been to everybody's tastes (like mine), it's hard to deny the appeal of Mirror Universe Megumi.  Seriously, I hate this art style: 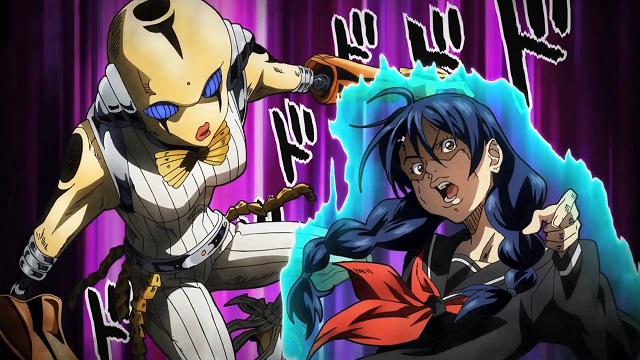 We saw Delinquent Megumi briefly in S1, though to be honest I don't remember the context, but I DO remember both laughing and being intrigued by this less-than-wholesome version of our favorite co-main character.  And by "intrigued," I mean "grr stampa-stampa!" 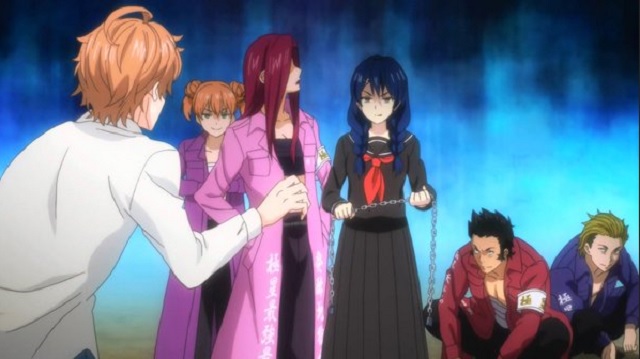 All of which is to say, yup, nothing has changed from last season.  If you watched the first season of SnS and liked it, you've got no reason to avoid this one.  However, if you didn't like SnS, there's probably something wrong with you and you should get that looked at by a doctor... but you'll continue to not like this season.  Though you'll dislike it half as much, since reportedly there's only going to be 12 episodes this time around. 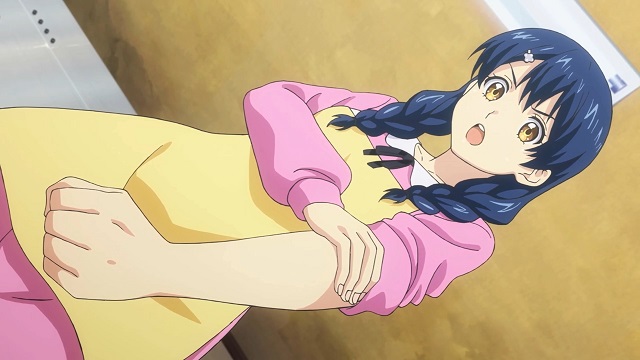 But how could you dislike this?  You'd just be evil and cruel.  Remember: she even has a rubber duckie.

1 Hmm. I might give it another go if things get quiet again. When the first season was airing I bounced off the show pretty thoroughly before even reaching the first eyecatch, so... Hmm.

2 GD, I only went into it because I had heard there was a rubber duckie.  Suddenly I had watched half the series and was trying to figure out how to work out my busy schedule to watch the other half in one go.

3 Well, you didn't lead me astray on SxS (which I ended up really digging), so.

Into the queue it goes!