Ducks In Anime: One Punch Duck 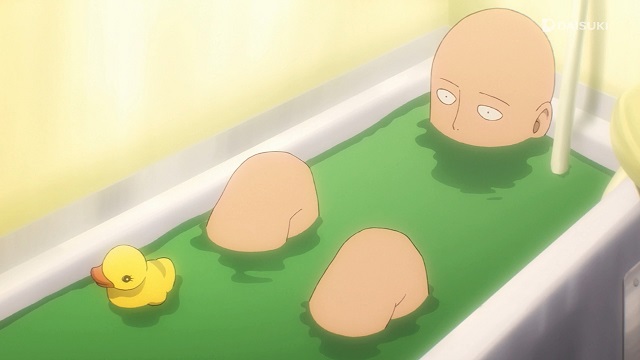 -One Punch Man, Ep01
I've never been happier for green water ever.  The hype was ridiculous over OPM leading up to this season, and every ounce of me wanted to just ignore it.  After all, fighting anime ain't my gig except for Ikkitousen, and the fighting isn't the reason I watch that franchise.  However, I saw too many reviews suggesting that there was more to the show than just stupid over-the-top fighting, so I gave it a watch.  Good thing, too... it's funny as all get-out.  The main character has Superman's Dilemma...  no, not how does he have sex... but what happens when you're so strong that nothing at all can threaten you, and you can defeat anything literally with one punch?  If you're like our hero, you get bored.  You fight mostly because you're annoyed by the beings that ruin the roof of your apartment instead of using the door, or because they destroyed the grocery store that's most convenient for you.  You literally dream of a challenge that will cause you to actually have to work for a victory. 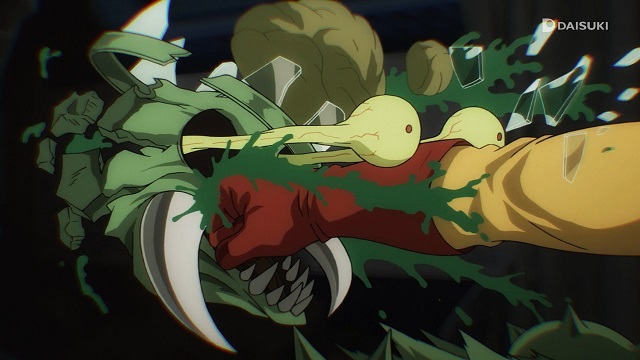 Instead, to you everything is a mook.  And you are empty inside. 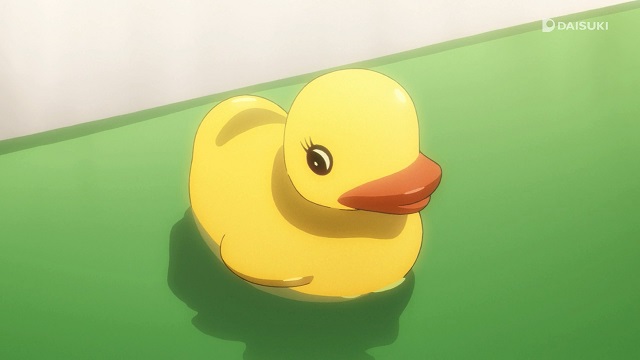 1 I've been considering giving OPM a shot. It's not like I'm watching anything ELSE this season...

2 It is basically the same question with which Casshern grapples, only this time it's given a comedic treatment.

3 Don't worry, there's no tournament arc. It ain't that kind of fighting show. I think you guys will enjoy it thoroughly.

4 The eyeballs coming out of the skull due to their own inertia is a nice touch.

5 I enjoyed the manga until the later chapters, but the anime is making me smile again.  I look forward to seeing where this goes.

6 I actually capped a shot very similar to your first one to share to your site. Mine had a bubble in it, though.