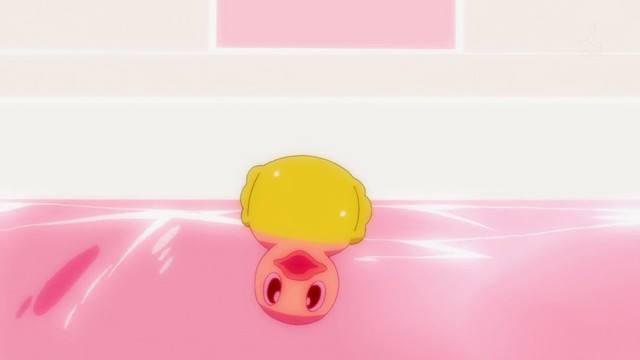 I have no ducks that float upsidedown normally.  That's a skilled duckie.

I'm hard at work on the Halloween project.  Thanks to friend GreyDuck and his helpful pointer, I have a chance to get it done in time... if it works out, this will be EPIC.

1 Squeaky-duck squeezed underwater?  That might give him enough cranial ballast. 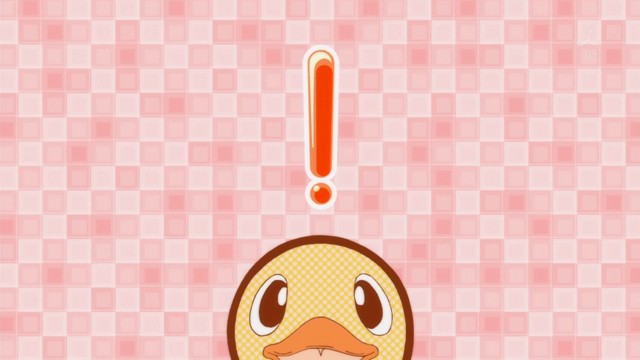 2 At K-mart the other day I saw a gigantic light-up Christmas duck lawn decoration. 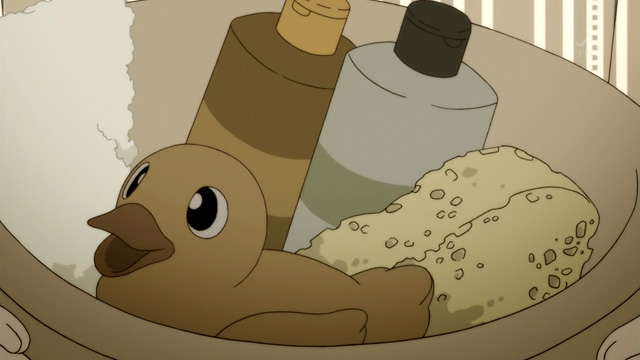 For the rubber duck fan, the HidaSketch franchise is the gift that just keeps on giving.  Even if they've done a bathhouse episode before, it doesn't matter... this isn't the sort of show where things like that are important. 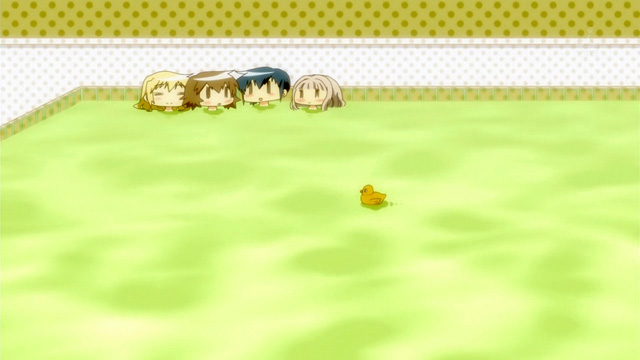 Just a very nice episode all around.  And Yuno's Duck gets an entire bathhouse to swim around in, which really is rubber duck nirvana.  The only thing better would be a heated olympic-sized pool. 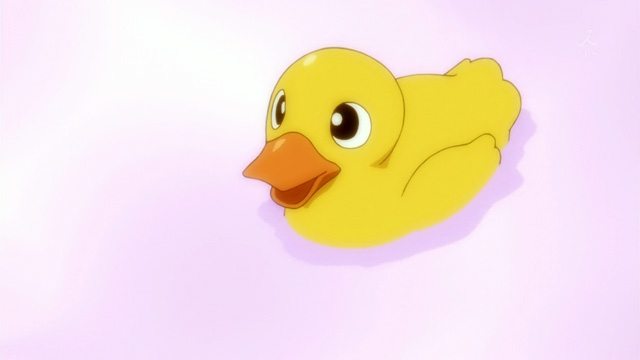 By the time we return to the Hidamari apartments for the traditional "Yuno-in-a-bath" moment, we've gotten three great duckshots, and plenty of HidaSketch "awwwww" moments.  Just what this tired store manager needs after a long day of training sessions.

And Yuno's Duck gets an entire bathhouse to swim around in, which really is rubber duck nirvana.

<i>And</i> with naked girls in it. Who could ask for more?

2 Oh, good grief. sorry about that (hanging head in shame)

Ducks In Anime: Kyousuke's Back! You know, there's probably no way I won't like Little Busters, the most recent Key game to be made into an anime.  While I wasn't fond of AIR, I loved Kanon, Clannad, and the sequel ~After Story~.  There's something about their work that just hits me the right way, y'know?  Even the knowledge that it isn't being animated by KyoAni didn't stifle my enthusiasm much.  So it was with a hint of excitement that I began the first episode... and what to my wondering eyes did appear? 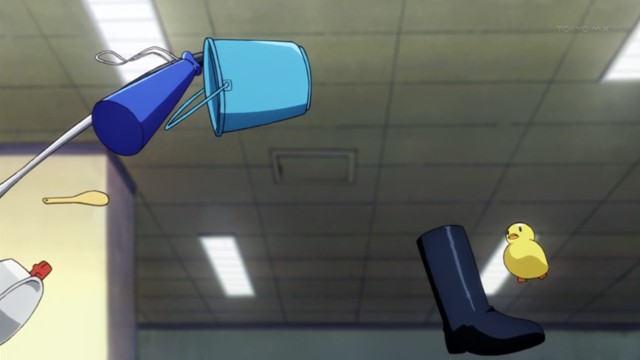 -Little Busters, Ep01
Yep, I'm going to like this show.

1  What?  You've not been watching the ducks in the new Hidamari Sketch?

2 Of course I have... but that's what you all expected me to do!