Ducks In Anime: Then Shots Rang Out Edition 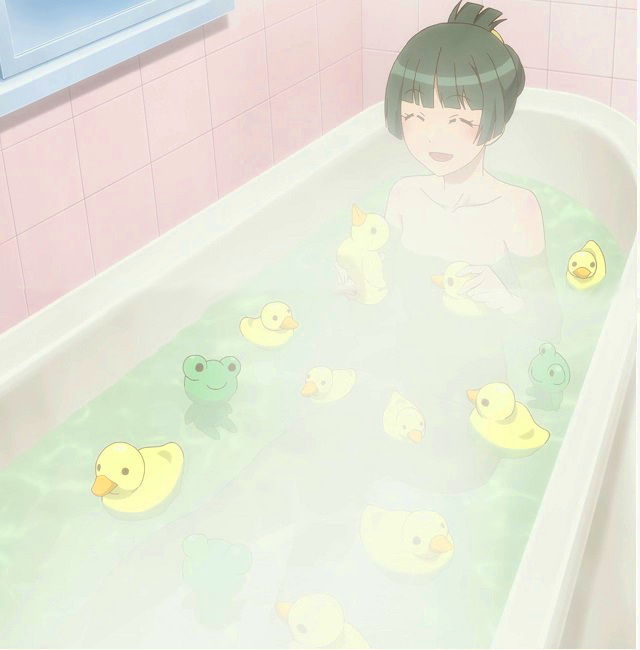 I've been meaning to watch this show about schoolgirls shooting each other with pellet guns and apparently being jerks to one another, but haven't gotten around to it yet.  Then Brickmuppet told me there was a scene with a high duck/person ratio and here we are.  That's a very nice amount of ducks, though the frogs do detract from the overall atmosphere somewhat.  Still, 10 ducks is a very nice number indeed.

1 I don't get it.  A baker's dozen floaty toys to cover all the naughty bits, and they still have to load up on the censor steam?  Do the toys have their own naughty bits, or something?

Ducks In Anime: Both Of You, Dance Like You Want To Win Edition 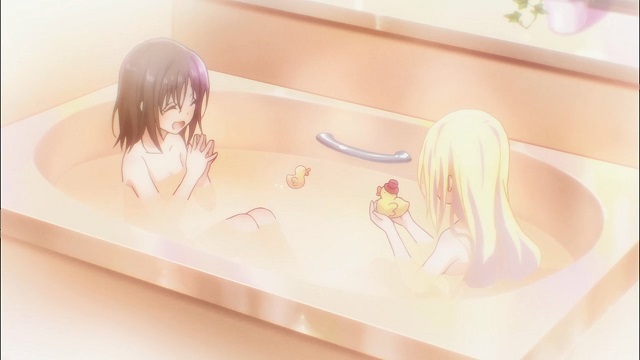 Late last week, I get an e-mail from my brother in feathers GreyDuck, alerting me to a ducks in anime sighting.  The show, he said, is about a style of Japanese dancing.  Oh.  Whee.  Still and all, I went looking for the ducks in the episode he said, and a very weird thing happened.

I couldn't find it.  Huh.  He said it was in a bath scene, maybe he meant Ep10, which takes place in a hot springs/bathhouse?  Bemused, I downloaded that episode and started to watch.  No duck, but another very weird thing happened by the time I reached the end. 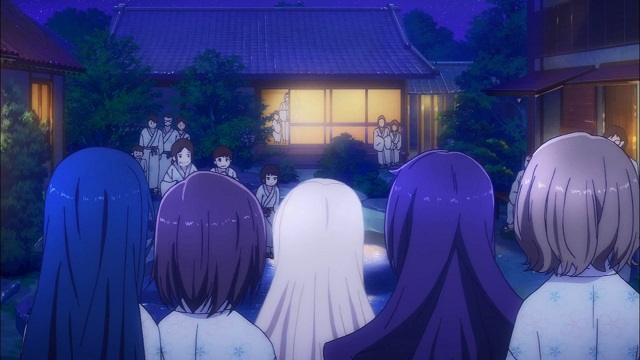 I was leaking manly tears of manly joy.  Confused (but manfully joyful), I went on and watched Ep11... and oh, there the duck is.  Two of them, actually!  No tears for that episode, so I went back and watched Ep10 again, just for the helluvit.  If you're in the mood for an emotional event, go watch it yourself.  It's dumb, sure, but in a good way.  In a sports story, the bench player just came up with the bases loaded and two outs in the bottom of the ninth... and the winning run scores on a wild pitch.

Anyway, I liked it, and there's two ducks.  So there you go, what more could you ask for?

It's not the best show to come down the pipe (there were a couple bits where it overdid the sports drama tropes to the point of mawkishness), but it definitely had its heart in the right place. Quite enjoyable, cute though not sexy, and actually pretty when it's not busy being School Drama #14542.

3 Predictable ending? Sure. Do I care about that? Hell no. Too freaking adorable.

Seriously, HaNaYaMaTa had my number from the get-go.