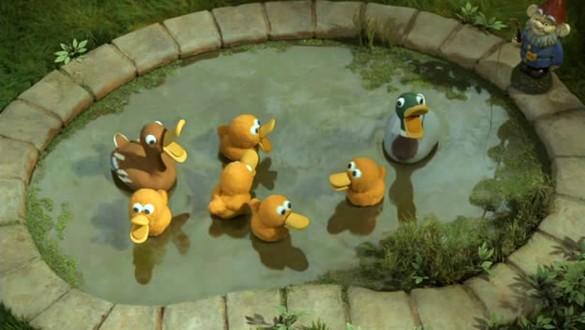 -Wallace & Gromit in A Matter of Loaf and Death

There's nothing better than a Wallace & Gromit adventure, but it takes so long to create one (almost a day per second of film), that they come out only rarely.  Imagine my surprise to discover that A Matter of Loaf and Death, a half-hour show, aired this past Christmas day on the BBC... and drew higher ratings than the Queen's annual address!  14.4 million people were watching, with 53.3% of all households in the UK tuning in (the highest rated Super Bowl, in 1982, was watched by 49.1% of all US households).

And I can understand why... it was very funny, a fine successor to all the other shorts and films Aardman Animation has done.

Of course, there are ducks.

1 Ooooo. Well now, obviously I must duck hunt this down! 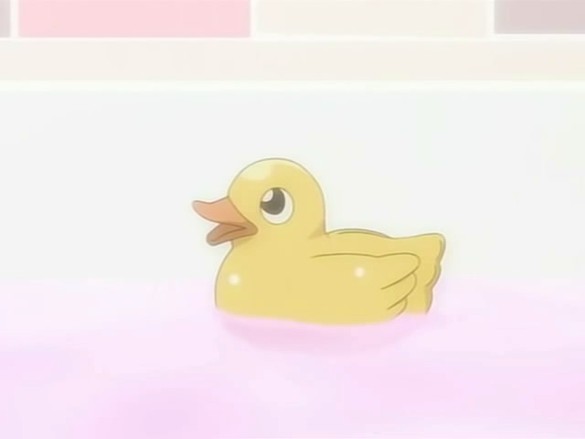 Now that, my friends, is a fine duckie.

OT, but wonderful: This one's for you. Riccardo Patrese and his wife on a quiet afternoon drive.

She's rather excitable, you know what?

2 Saw it a few months ago, on Fark.  I was quite amused... he's got this hilarious smirk on his face while she acts like the world is coming to an end.

3 Oh, and for what it's worth, he says he's "familiar with the track."  Yes, I should say so... Jerez is where F1 cars go to train.  He's probably driven more miles there than at any three or four F1 tracks combined.

She's a good sport to let that video become public. If she'd really cared, I'm sure she could have gotten it suppressed, but she hasn't.