A Different Type Of Ducks In Anime Still HidaSketch, though... 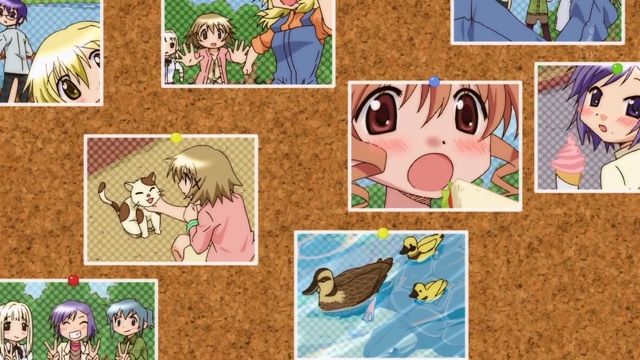 After one or two episodes where I honestly didn't like the show, the series has come back nicely.

Ducks In Anime Get The BEST Views For only the second time in the entire run of the Hidamari Sketch series, there was no sighting of a rubber duckie in Episode 06 of Hoshimittsu.  So, I'm posting these from Ep05 instead. 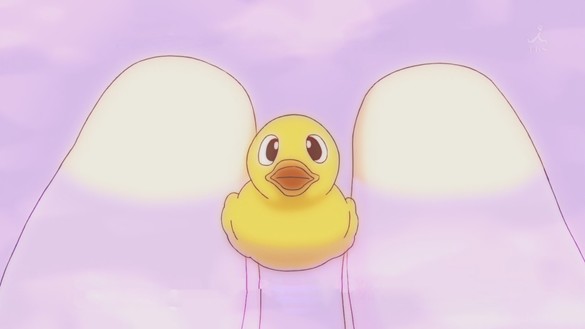 The duckie seems to be floating wrong, but who cares?

Oh, and click "more" for a mildly NSFW pic.  I was quite surprised it made the broadcast, to be honest, particularly after discovering that there was one episode in the first series that was VERY heavily censored... for no real good reason, in comparison to what's getting onto the air these days.

1 I think they handle the bath scenes perfectly, reducing Yunocchi to a line drawing in the pastel glow of the bath bomb.

Bathing With Ducks In Anime 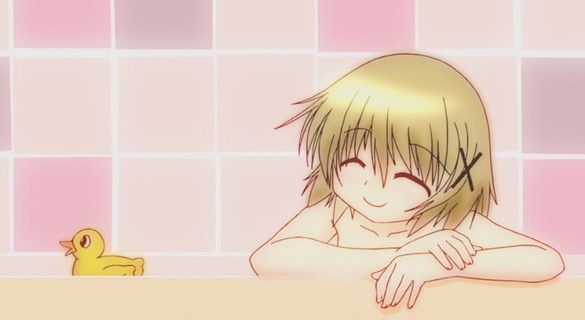 It's no shock to readers of The Pond that I'm a big fan of the HidaSketch franchise, what with it being the King of the Ducks In Anime category and all.  But this revelation might come as a surprise:

In fact, I'm not overly fond of the two new characters either, since they're taking away from the four girls we've come to know and love.  I suppose that given time I could like Nori, the computer user, but Nazuna is everything I detest in one stupidly-wrapped package.  Timid and an inferiority complex the size of the Grand Canyon... ugh.  I cringe when she's on-screen, and recently I've been cringing when she HASN'T been on screen, for fear that she'll appear soon.

There's still plenty of time for her to come around, but I'm not holding out all that much hope: volume 4 of the manga, which is where the series is right now, has her stay pretty much the same.

Still, Yuno has her ducks.