Ducks In Anime Can't Be This Cute 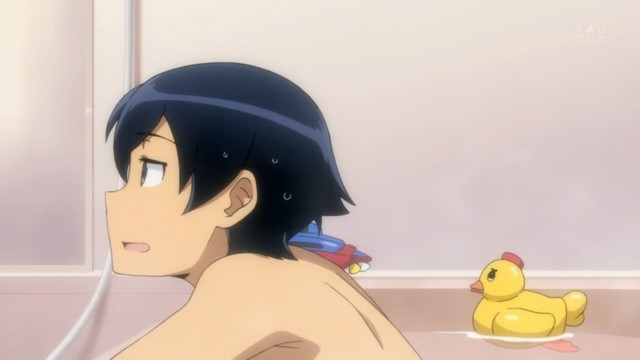 I find OreImo, as this ridiculously long-titled series is called by anybody who has had to type it more than once, to be something of a mixed bag.  On one hand, I rather enjoy it.  On the other hand, there's Kirino, perhaps the most annoying, spiteful, hateful and nasty teenager ever.  Unfortunately, she's something of a major character.  As in, "the show doesn't occur without her."

So, yeah, I have some problems with it.  I did finish the first series, though.  And now I've completed Ep01 of Season 2... this screencap is from about 15 seconds into it.  First Duck In Anime since January!

1 Kuroneko is what makes the rest of the show worth putting up with...