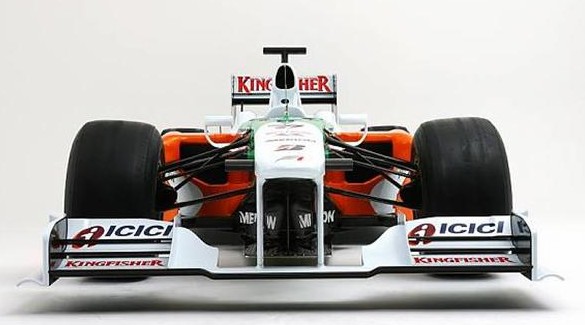 Why the long face?
It took them long enough, but the new Mercedes-powered, McLaren-influenced VJM02 has finally debuted, and here's a shock... it doesn't look like all the others!  The vertical frontwing braces is similar only to Toyota's.  All the others have a chunkier, shorter system.  However, it's my guess that if there's a team out there you don't want to emulate, it's Toyota.  Could be wrong, however; the new rules may have flattened the playing field.  Or not. 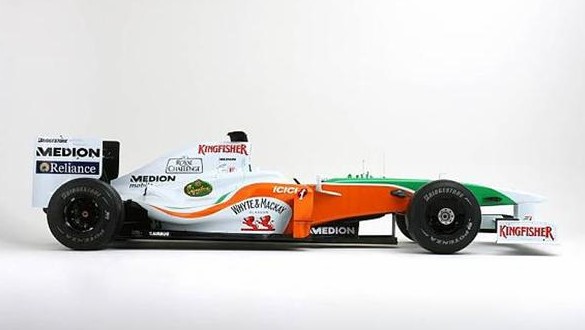 It took the team long enough to roll their car out, which is never a good sign.  The team hasn't had any track time in comparison to the other challengers, and thereby are behind in the testing battles.  Where (let's say) Ferrari has already shaken their chassis down and found weaknesses they could work on in the runup to Australia, Force India still has yet to discover their problems.

Kudos for working their team colors into the livery, though.  While I liked the gold and white of last year's livery, this is more appropriate to the "national" flavor of the team.  Orange, green and white are the colors of the Indian flag, after all... they just need the wheels to have 24 spokes.

Interesting looking car and thanks for explaining the significance of the colors.  It ought to be easy to spot on the track. 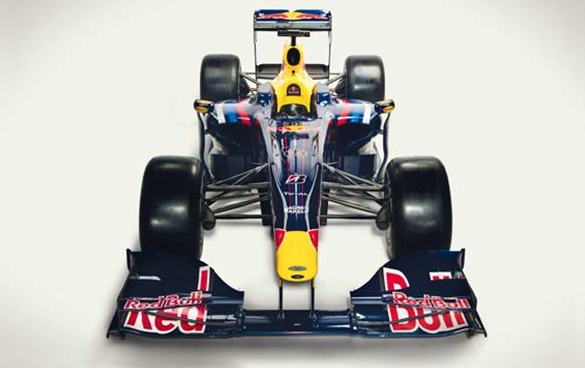 So... it's been nearly three weeks since the last rollout, but today Red Bull debuted their Adrian Newey-designed 2009 racer, the RB5.  Just look at that nose shot... spindly doesn't begin to describe it.  And to be honest?  From some angles, these cars are ugly as sin. 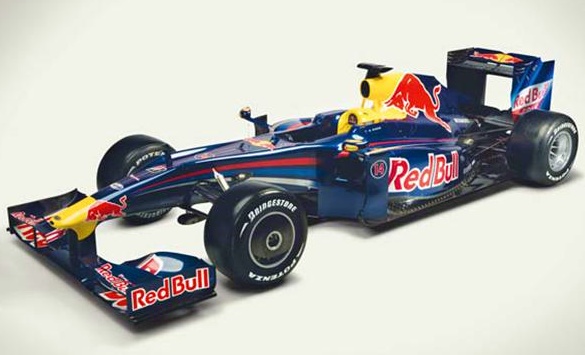 Not that one, though.

The front stabilizers this year just look weird to me, like they're only barely held on and just looking for any opportunity to fall off and go under the front wheels.

It seems like they could rock side-to-side, and touch down, for example. As soon as one end hits the pavement, it gets pulled back right into, and under, the wheel.

Presumably the designers recognize the danger and have made them plenty stiff, but it still looks strange to my engineer's esthetic.