F1 Pr0n: Caterham CT01 Historically, the opening of the F1 season comes when Ferrari debuts their new challenger.  They are always the first.  Pride of place should be with them, truth be told.  It's not like they aren't the oldest and most famous team in Formula 1, after all.  Which makes the first debut of the year all the weirder, because it's not the oldest team, but one of the newest, which rolled out their steed.  The team that was Lotus and now is Caterham stole a march on the big guys today, releasing pictures of the CT01.  Ladies and gentlemen, F1 Pr0n is back! 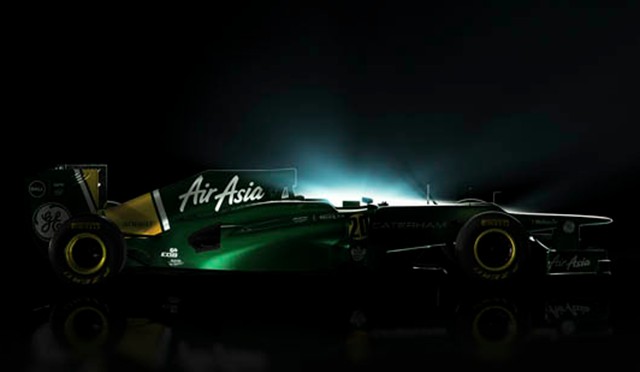 Some interesting stuff here from Caterham.  The sidepods are shorter, making for a more compact, almost wasp-waisted, chassis.  Unseen in the picture above is that there's a vent in the back of the airbox to add cooling to that which the smaller sidepods lose.  The exhausts are low-mounted and positioned in the lee of the sidepod's airflow.  The leader at the clubhouse turn is that they'll blow over the lower elements of the rear wing, trying to claw back some of the downforce lost by the banning of blown diffusers.  However, the F1 sites across the interwebs are all abuzz over the nose. 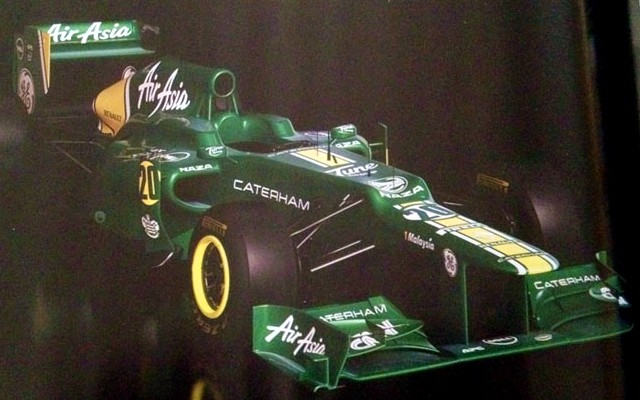 To be charitable, it's not pretty.  To not be charitable, it might be the ugliest nose since the 2004 Williams "Walrusnose"... or this one.  Unfortunately, that stepdown is mandated by the new tech regulations.  Yes, really.  It's a safety feature, designed to keep cars from being launched, somehow.  I think it accomplishes the feat by being so repulsive that no self-respecting F1 chassis would deign to approach it.  I tells ya, Morty, it's like it got taken back behind the woodshed and got beaten with the ugly stick.  And because the rules require that the nose be no more than 550mm above the ground, but the rest of the body has to be 650mm above, we'll probably see this on EVERY car this year.

BEHOLD!  The era of the ugly F1 car is upon us, and woe be unto those who think that the individualism of the teams is being legislated out of the sport by the FIA.

The next rollout is McLaren on February 1st!  See you then for more F1 Pr0n!