F1 Pr0n: The Cars 2017 After the debacle learning experience that was my last attempt at this post, I gave it another shot last night.  After about 20-25 minutes of work, my internet connection went out.  In this case, however, it wasn't my provider's fault.  Instead, it was like my ethernet card forgot how to ethernet.  I wound up having to create a new network altogether, which wound up being deathly slow because it didn't understand the concept of IPv6.  After exchanging a series of text messages with Ben, the lovely and talented proprietor of Midnight Tease, who happens to be the inventor of the cable modem can create networks with the power of his mind understands Windows networking, everything... just started working again.  Unfortunately, by then it was stupidly late and I still had to work the next morning.  Which is why this F1 Pr0n post is happening just a few hours before qualifying for the first race of the season.  I'm half expecting a meteorite to hit my monitor while I'm working on this post now. 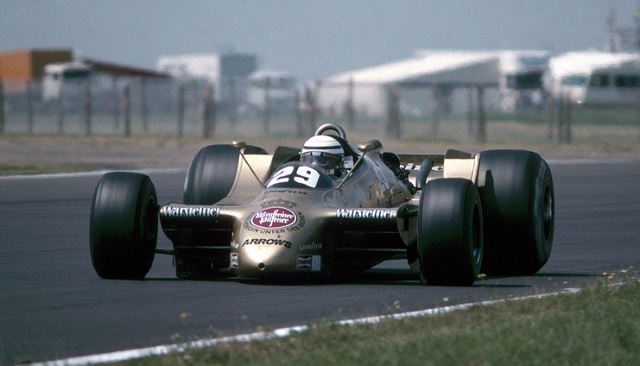 So.  The cars.  Sure, we talk about the drivers, the tracks, the glamour and glitz, but the real reason we watch Formula 1 is the cars.  There were a bunch of changes in the tech regs for 2017... the cars are wider, as are the tires.  The rear wing is wider and lower.  The dorsal fin has returned, as have aerodynamic fiddlybits.  And the upshot of all of this is that the preseason pundits prognosticate the cars will be a full five seconds per lap faster than they were in 2016.  What does this mean?  Well, Lewis Hamilton's 1:24.220 fast lap in Practice 1 compares quite nicely to Australia's lap record of 1:24.125 set in 2004.  By a car with a V10 engine that rev'd up to 19000 rpm, which sounds something like this.  Oh, and the 2004 cars are generally considered to be the fastest ever.  So, guess the new tech regs worked!  Wanna see the results?

1 GotDAMN that Haas is pretty. The fins seem to be a mixed bag overall, and the idea that there might be a vibration (harmonic resonance?) issue is a bit worrying.