F1 Pr0n: 2015 MegaPr0n Amazingly, while I've been off being disinterested in pretty much everything the world of Formula 1 hasn't slowed down one whit.  The first round of pre-season testing at Jerez is almost finished, and that's swell.  We've gotten to hear the new Honda engine, which is cool as heck, but the first test session is often spent working out the kinks and trying to keep the cars running on track.

Unless you're Mercedes this year, who seem to be so confident that they spent a few hours on Tuesday running on Intermediates to see how long they'll last on a dry track.  This while McLaren was happy to average less than 10 laps per day in their revamped car.

But the really big thing about the first round of tests is that we finally get to see the new cars... and that's what we call F1 Pr0n around these-here parts!  Shall we take a look? 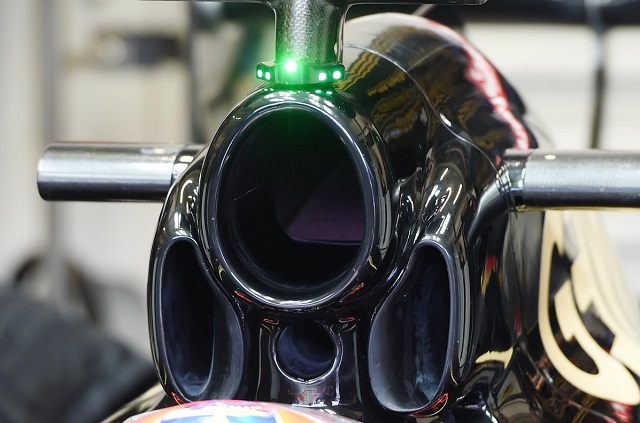 2 There's really no way to get around the fact that the front wing is a big flat box with a lot of crap in it, is there? Is that something which happened over some number of years or has it always been more-or-less like that?

4 @flatdarkmars, Torpedo attacks are allowed in F1 racing?  I may have to take time to watch them this year...

5 No torpedoes, but railguns are permitted under this year's rules.

6 However, they have to be powered by KERS. That way they can't fire very often.

7 All kidding aside: Thanks for that retrospective on F1 design, there. In a weird sort of way, that makes the current front-wing situation make a lot more sense.