F1 Pr0n: Williams-Martini FW 36 Martini is more than just a drink, it's a company... perhaps you've heard of Martini & Rossi?  Makers of the world's best selling vermouth?  Yeah, that Martini!  They've also long been a player in motorsports.  They've often sponsored teams, including in Formula 1... and they're back.  It was quietly announced last week that Williams F1 and Martini Racing have joined forces for the 2014 season, becoming Williams-Martini.  F1 fans with a sense of history eagerly awaited the reveal of the new livery... and today, our patience was rewarded. 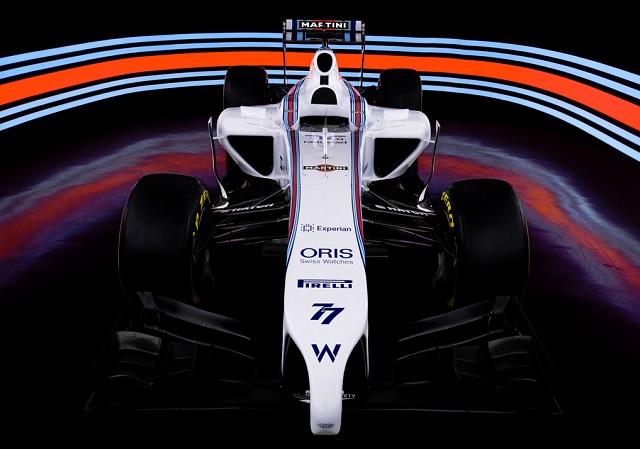 Holy crap, that's nice.  The Martini stripes are just classy as hell, and the white... well, we haven't had a white car on the grid since the Brawn in 2009, and I think it's long overdue.  Just look at it!  Just imagine what that's gonna look like under the lights at Singapore! 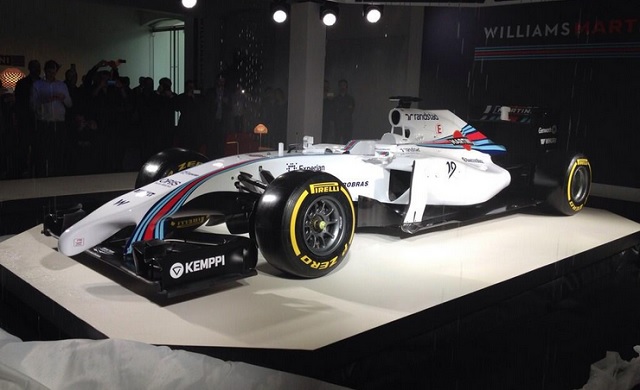 We're a week away from Practice 1 at Australia... can you imagine?

1 If this isn't a violation of the rules, I wonder why no one else did it? Why did they all muck around with weird noses and steps and the like?

2 Williams didn't change their nose, actually.  We just get to SEE it now.  Before it was dark blue on a dark blue background with black behind that.

A good livery not only makes the car look better, it makes it go faster, too.  Allegedly.

3 A good livery not only makes the car look better, it makes it go faster, too.


Everyone knows stripes == speed.  And this bad boy has FIVE stripes on each side!

The only way it loses is if someone else paints flames on theirs.

(gods, I just imagined a stadium full of ork Tifosi...)

That is one sharp-looking car. Very nice indeed.

5 At mid-war WWII fighter planes, one-tone camo was worth about 4 knots, which was not insignificant. So famous aces often flew such when they could get resources to re-sand and re-pain the airplane, and the clout to get away with non-standard livery.