F1 Prawn: Red Bull RB9 It used to be that when a team had a roll-out, you could actually, y'know, see the car.  Pictures would be taken, questions would be asked, people would "ooh" and "ahh", and we'd all be impressed.  And the World Champions would be the most anticipated debut of all, with everybody flocking to the event and documenting every nanometer of the chassis with a fine-toothed comb.  And then, you have today's coming-out party for the Red Bull RB9, the Adrian Newey design that will defend the team's three consecutive championships... where they didn't allow media photographs.  Where all the team has released are a couple of computer renderings of the new chassis.  And a video called "Rhythm of the Factory," showing the basic steps of constructing the car.  This makes it very difficult to do a F1 Pr0n for the RB9, because I'm NOT going to review a render, no matter how pretty.  I made that mistake a couple of years ago with the HRT... never again.  So what do we have to work with?  Well, a screencap from the video: 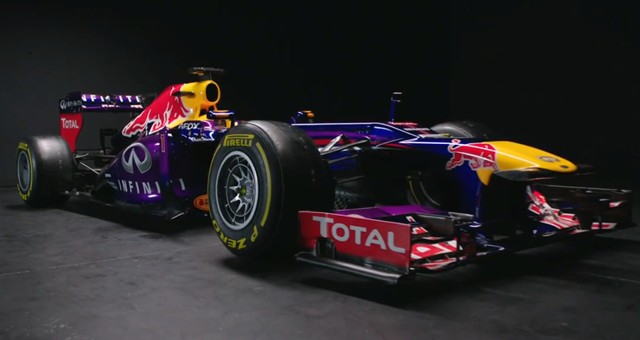 What can we tell from this?  Well, the obvious thing is the nose... the RB9 has a hybrid platypus.  It's using the modesty panel, but it's a short one to improve airflow over the bump, while saving weight at the same time.  I hate to admit it, but that's clever.  The double-step isn't unattractive, either.  They've also changed the color scheme, to reflect the new Infiniti sponsorship.  I like the pearlescent purple; I'm actually surprised nobody else has used pearlescent colors on their cars.  True, they're no longer "The Blue Cars" but oh well.

I want to get more and better pictures of the RB9 before I do a real F1 Pr0n for it, so this'll have to do for the moment. 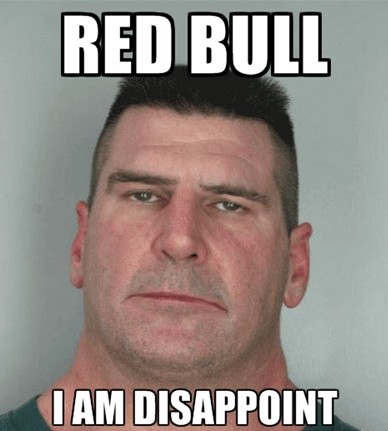