It's a high bar to try and clear... do they succeed where they failed the first time around? 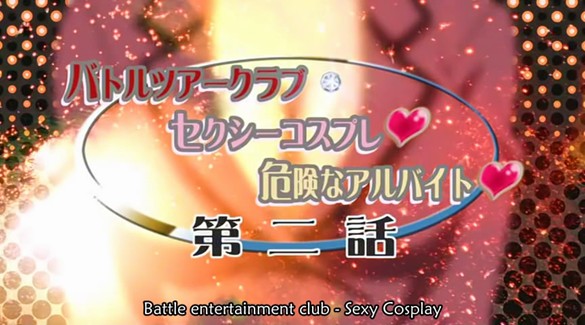 And who is our Sexy Cosplayer this time around? 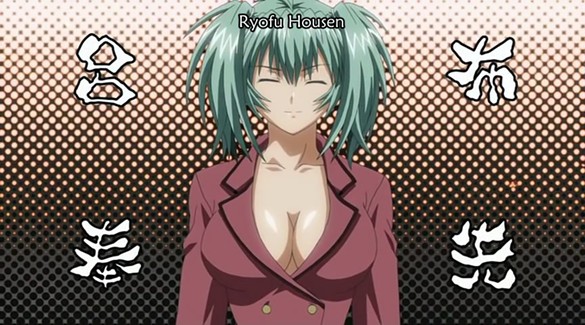 The living dead girl herself!

Obviously, from here on out, everything should be considered NSFW.  Most of it really isn't, but better safe than sorry, neh?

2 I guess I'll have to look and see if my fansub site has it. 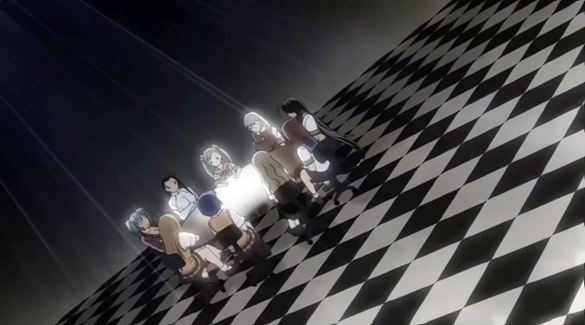 Why am I thinking "Bergman" right now?

We start with most of the female cast gathered around a table... ooh!  Strip poker, maybe?  For this series, that'd be different, and sure would seem like it'd hold a lot of promise. 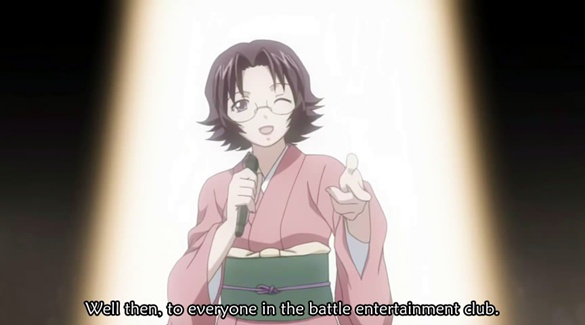 I suspect that I AM going to be "entertained".

Hakufu's mom as MC?  This bodes well... or ill, depending on your point of view.  But what is the "Battle Entertainment Club", and just what the heck does it do? 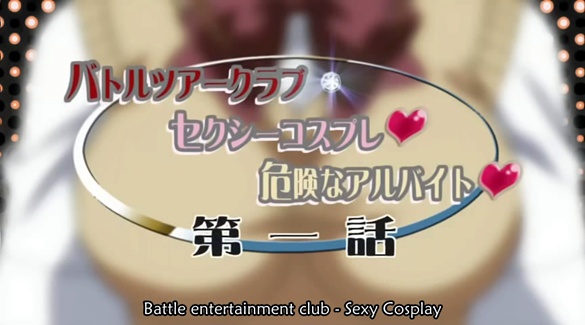 Why did the ice in my glass just melt?

1 I think it's also a mathematical fact that the last of your pictures is even sexier than either a seifuku or a maid costume.

Can you send me more screen shots of hakufu? please

3 No.  If you were a regular on this site, like Steven, Mallory or The Muppet,  for example, then yes, I would take time out of my life to take the screenshots, process them, then e-mail them.

This is the first time you've appeared on this site, however, and it's fairly presumptuous to think that I would take a half-hour to a hour just to please you, a complete stranger, just because you've asked.  I will give you bonus points (three, to be exact) for saying 'please'.

Here's a hint: there's a program out there called 'bittorrent'.  There are other programs called, collectively, 'media players that include screencap capabilities'.  Put them together and you too can have all the pictures you've ever wanted!

By the way, the other reason I'm saying not just no, but 'no, and go stick your head in a steam boiler while you're at it, you insensitive twat,' is that you've asked me to do this on the day my grandmother died.  It's the top post on the blog.  You can't have missed it unless you've a) followed a link here, which means you'll probably never come back, or 2) you're so incredibly dense that you don't care, as long as it doesn't directly affect you.

So, no.  Can't haz screenshotz, not yours.

4 None of us would have asked because we know how to get our own.