Ben-To! Ep09 I should be asleep.  I should be cleaning Pond Central, which looks like a tornado went through it... a solid year of 12+ hour days will do that.  I should be doing laundry.  There are a hundred things I should be doing right now, but instead I'm doing the writeup for Ben-To! Ep09.  The long awaited sequel to the writeup for Ben-To! Ep08, it is hoped that many questions will be answered.  For example, what is Left's real name?  Why is it called "Ralph Store"?  Just why did the twin sisters think that the Ice Witch was in the hospital?  And why can't the production staff just give us a good episode?

I already know the answer to that last one, by the way. 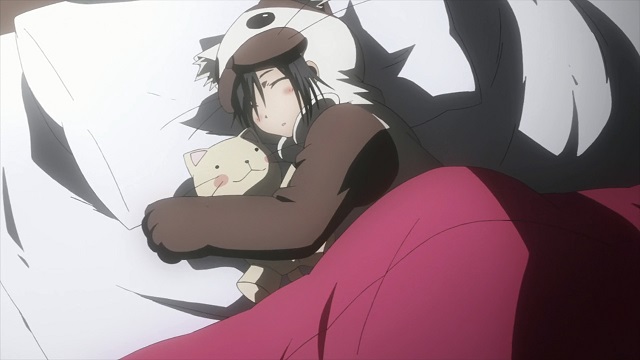 Morning, and Ms Fortune is looking... well, cute.  Too bad she's a walking disaster area, causing death and destruction where ever she goes.  Without knowing it, even.  If the people of the East high school ever figured out what was going on, they'd have to find a way to end her.  But how do you dispose of someone who causes horrible things to occur around her?  You're just as likely to end up being turned into a turnip than succeed in your mission.  Besides, she's cute. 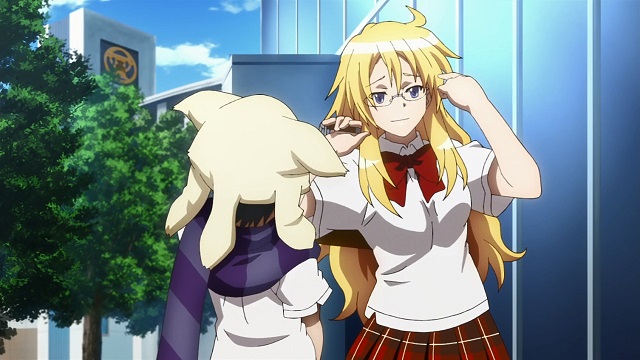 Being cute (and oblivious), she's got a cute idea... she's going to make a bento for Our Hero!  Shaga wonders what the protocol is for burying a cousin, because dear god, he's gonna die.  That's the only result possible.  If he's lucky, the end will come quickly... though with his uncommonly quick healing factor, he's likely to live through the entire thing.  Ms Fortune skips away to prepare the Death Lunch, and... 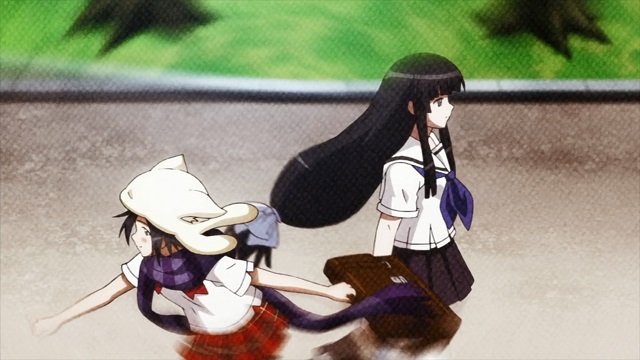 ...passes the Student Council President from the West high school.  Well.  That's odd... one might even suggest it's totally unprecedented in the world Ben-To! inhabits..   Shaga spies on her as she walks by, as the horrible sounds of a car accident pierce the air.  Later that day... 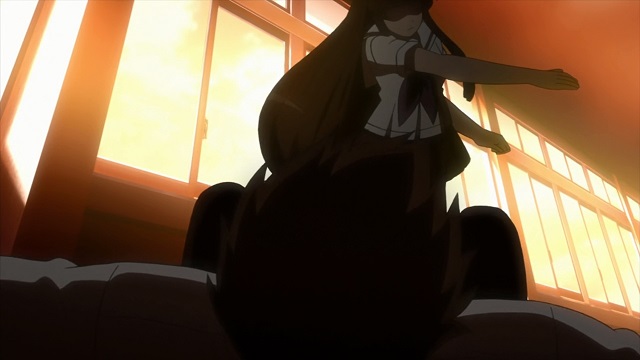 ...Shiraume Ume, the previously mentioned Prez, decks Our Hero and walks away, without even asking permission the way she normally does.  Ooh, someone's pissed.  He gets up and makes it to the Half-Price Association's clubroom... 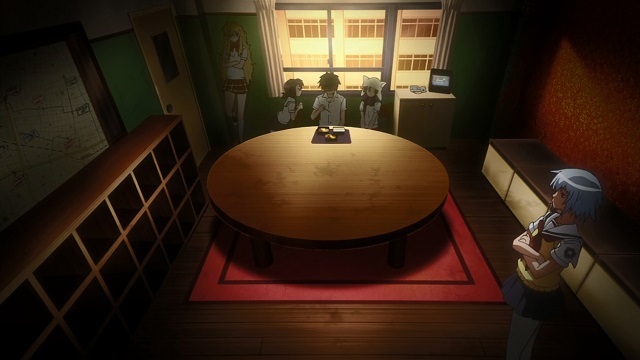 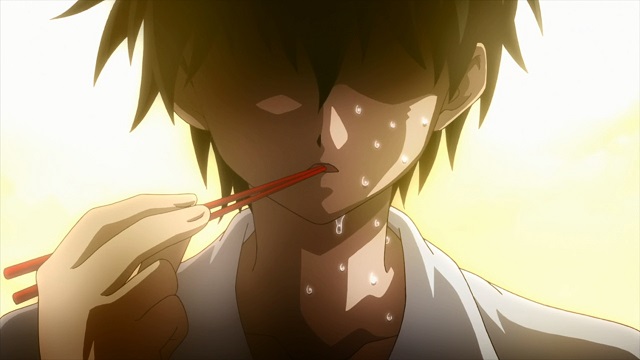 So, fanservice and absurdity would be reasons to watch Ben-To on purpose, I take it.

2 What is it about silver haired women in anime that always catch my eye...

3 There used to be a TVTrope about that but theychanged it, for some reason: "White Haired Pretty Girl" became "Mystical White Hair".

4 "What is it about silver haired women in anime that always catch my eye..."

And there are three of them in this show.  One from the West, two from the East.  Coincidence?

5 Pair that white/silver hair with dark skin, and I'll watch anything....

6 Are you sure? There's one like that in Maken Ki.