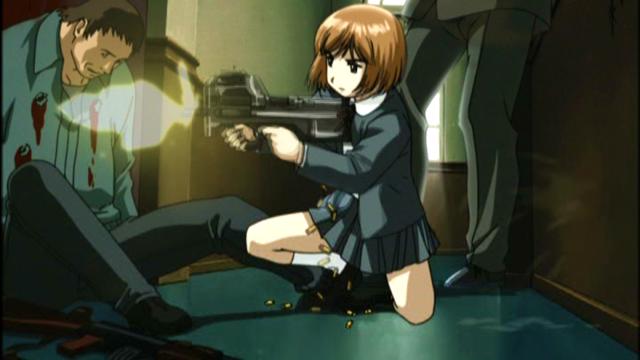 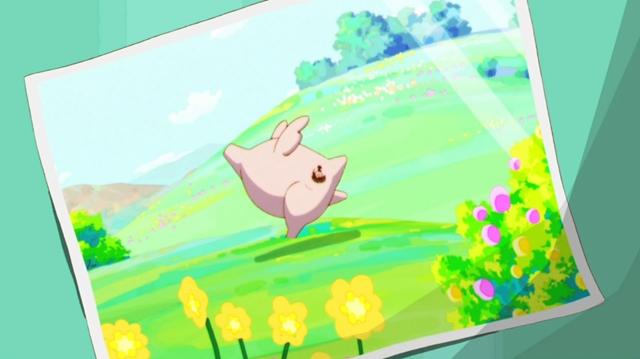 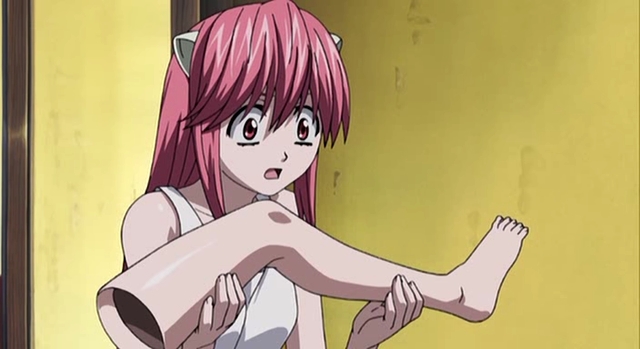 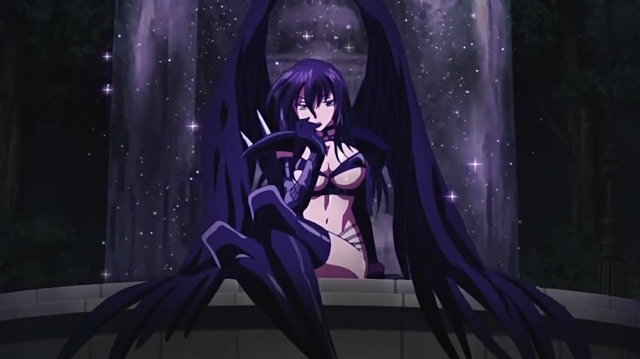 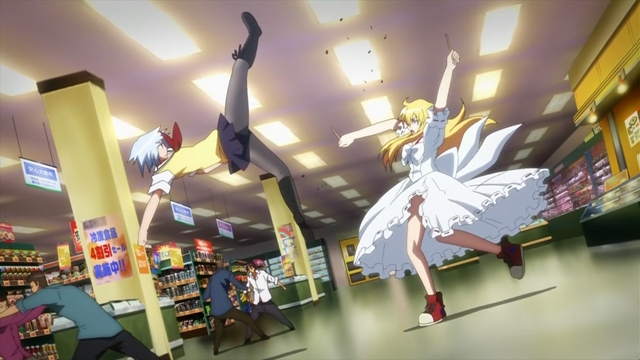 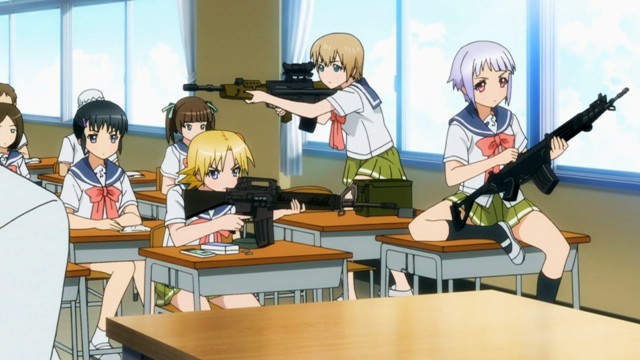 14 (in hiragana, "gun" is written てっぽう; reverse the order of the characters, and you get うぽって = "upotte")

High School Of The Dead OVA Okay, this is against my better judgement, but if I don't do an episodic recap of this OVA, I'll feel like I've left the series incomplete... and I hate that.  Unfortunately, this OVA is also one of the dumber things I've ever seen, so there's that going against it.  In the end, I know that if I don't do it now, I'll end up doing it down the line, but only after its been dangling over my head like a zombie of Damocles.  So, like tearing surgical tape off a hairy arm, it's best to get it over with quickly.  Now that I've set your expectations low, let me explain something about this OVA.  It's outside of continuity, meaning that whatever happens here doesn't really happen.  If I was forced to jam it into the actual storyline from the series, it wouldn't even fall between episodes... the best (and most likely) solution I can come up with would be between 21:10 and 23:00 of Ep12... in other words, during the final credits sequence.  Considering that it came packaged with Book 7 of the manga and never broadcast, I suppose we're lucky it could even be shoehorned in at all.  It's not worth the trouble, though, trust me on this one.  May as well get it over with... 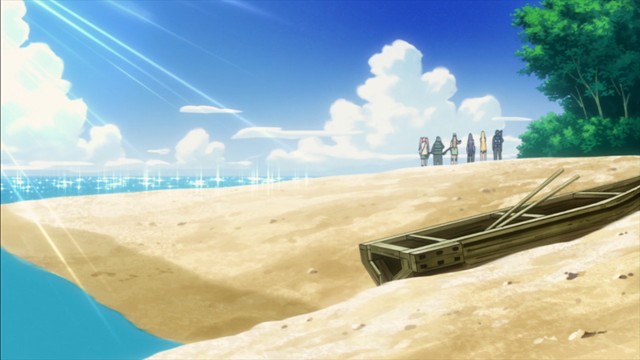 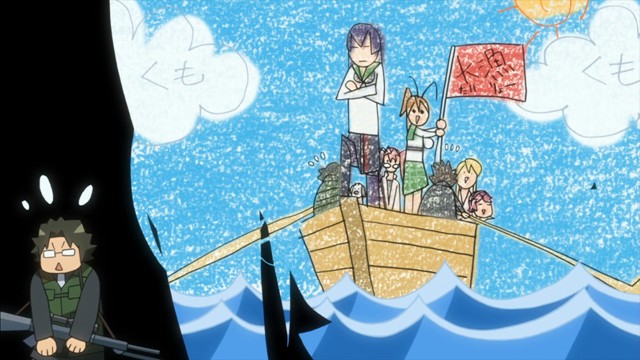 On the run from the undead, harried and cornered no matter where they turn, The Fellowship finds a nuclear submarine rowboat and heads for... um... the sea!  Because the sea is perfectly safe at all times, no matter how small the boat you may be in!  Why, there's never even once been a rainstorm, typhoon, tsunami or flock of seagulls that's done in boats or ships! 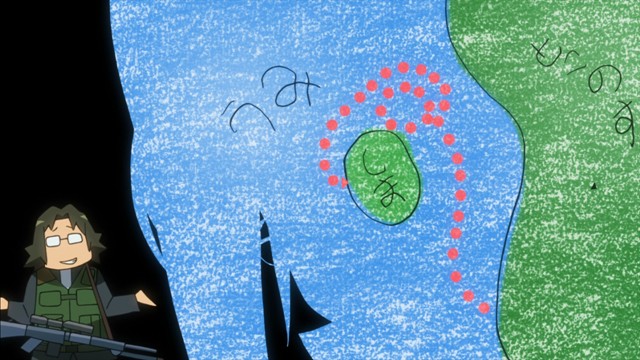 But Frodo and Hirano got tired of rowing.  They've ended up on some island near the city... one that these lifetime residents of the city have never heard of!  Wow, what are the odds?  Good news, no zombies!  Bad news, no nothing else either!  No shelter of any sort. 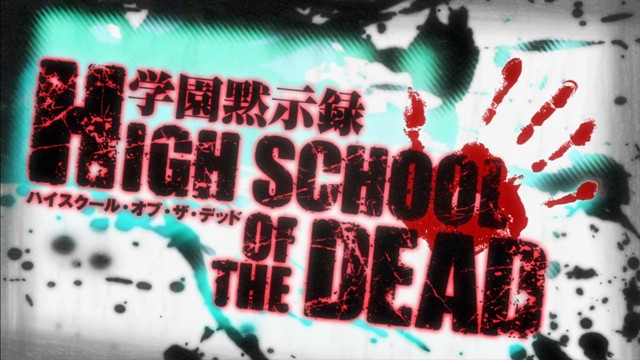 After all, we can't take it easy on The Fellowship, can we now?  Where's the fun in that?

1 The link to the Rei picture is broken; there's an "[im" in front of the address.

Hydrangea leaves are an element in another zombie anime/manga, Sankarea (out this spring season), so this might be a shout out to that series.

2 Just to add to the general air of adolescent pervishness:  the swimsuit screenshot of Rei has an advertising poster in the background, in the lower right-hand corner.  The ad is for some canned beverage, likely a brand of beer; the model has opened the can, and foam from the can is spraying over her face.  The foam looks remarkably like a certain biological fluid that I won't name here...

As for the swimsuit screenshot of Hirano--I'm lucky I had a wastepaper basket next to my desk.  **barffff**

Peter, I had to stitch that shot together... how do you think I felt?  And believe me, there was MUCH worse in the OVA.

4 The link is working okay.

If you need another antidote to the Kouta swimsuit image, here's a NSFW image from the artist (measurements in cm).

5 Actually, there's a small problem with the picture of Rei and Saeko kissing. It's currently a still image, and it should be a video...

7 The symptoms of hydrangea poisoning include things like vomiting, bloody diarrhea, and not being able to breathe or have a heartbeat. It's similar to cyanide in shutting down ATP transfer. It's poisonous to pets as well as humans. All parts of the plant are toxic.

The only way it causes hallucinations is if you're suffering from anoxia. If they were having anoxia all night, they'd probably be dead (and they certainly would have vomited all over each other).

8 There is (or was) a similar trope in some '80s anime RomComs involving wacky hijinks from eating wild mushrooms. Of course the wrong kind of mushrooms will generally kill you dead.

I wonder how many Otaku have poisoned themselves with hydrangeas because of this.

9 You often see Amanita in such comedic situations. It's used that way in one scene in Ninja Nonsense, for example.

Amanita is, in fact, a bit poisonous but apparently not very, and it does have a reputation for causing hallucinations.

Another reason for using it is that it is very distinctive looking, with a red cap carrying white spots, so it's become a visual trope.

10 To be fair, they inhaled the smoke from the burning leaves instea of ingesting them, and wikipedia says that it is smoked as an intoxicant.

11 Some people won't stop looking for drugs until they've gotten glue and garden flowers banned, and then they'll probably start sniffing FTL fluid so that we can get starships banned too.