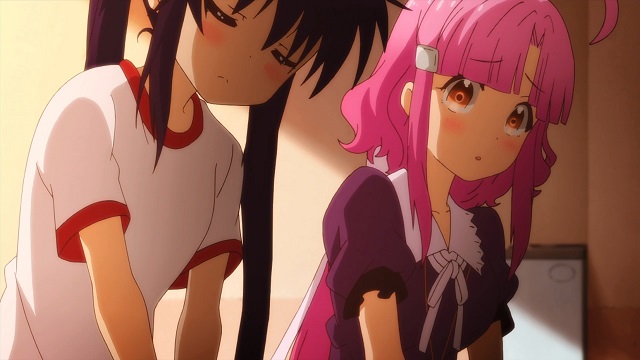 But I want to do this so very much.  But, y'know: the spirit is willing, but.... Yeah, its kinda like that.  It's a LOT like that.  It IS like that.  Once I get a handle on everything, I'd expect regular programming to return.  I'm just not there yet.

The show's worth the effort, though.

1 Getting a handle on everything IS paramount. We understand, man.

2 I guess that means you're not blowing up other naval geeks in World of Warships either. That was my second guess, right after being the FNG at work.

3 As fun as that sounds, Will, I'm afraid not.  No account... and while I'm (obviously) interested, I'm less than thrilled with WarGaming's PTW format.

4 I'll hold out for Gaijin to come up with a ships mode (or more like, I haven't even been playing WT - so many good games, so damned little time.)

I'm half torn between watching the show, and half waiting for your writeups (however long that might take) so that I can enjoy them without having seen the show. But there's no reason to do 'em to a schedule, it doesn't mean anything if you too don't enjoy it.

Finding a great deal of joy in this season. Not a good show every day, but plenty of popcorn-level plus a couple of gems.

5 I won't claim that gold ammo isn't BS (while gold-slinging in public matches is generally frowned upon, clanners will often do it when desperate), but it doesn't exist in WoWS. (At least for now. I don't know if it will be added later or not.) The whole armor/penetration system is vastly simplified. Bigger guns hit harder. There's still lots of math for angles etc going on in the background, but the player isn't faced with a choice much more complicated than firing HE or AP. HE for inflicting general damage, wrecking modules, setting fires, and slowly grinding a guy down, or AP for trying to pierce the citadel for large alpha. Both are freely available. So far the only thing gold seems to do is speed up the grind.

A friend and I have both had really good luck so far with the Phoenix cruiser at tier 4.

Torpedoes suffer seriously from arcade mode shenanigans, but they're manageable if you keep your head on a swivel and know the play-style of your opponent ships.

6 Gecko can wait until the muse say's it's time.Besides, Spa is only nine days away, eight for qualifying or seven for practice.

7 Besides, Spa is only nine days away...

Oh crepe... I forgot about that.

Gakkou Gurashi Ep02 Hello, hi, and how are you?  A surprise shortage of work at work hied me home very early on Monday, so I thought what better way to celebrate not having to stare at a computer screen all day than by staring at a computer screen all day and being allegedly funny in the process?  Some time back, I did a little not-quite-a-writeup for Ep01, and decided that if Ep02 kept the energy and interest up, I'd make it a full writeup series.  It did, and I am!  If you're not familiar with the show, read that there linky to Ep01... it'll give you the basics  Or you can just be confused, one of the two.  Now, a word of warning to y'all... I haven't read the manga, and I'm probably not going to anytime soon.  What this means is that I am not interested in knowing what the manga does, says, doesn't do or say or hints at about characters, situations, or coming activities.  If you feel a burning need to say something in the comments about future events, don't.  This is a writeup of the anime series.  Okay?  We cool?  Don't make me be a big awful meanie.  I may be good at it, because I'm a rotten bastard at heart, but I don't like to be a big awful meanine.  So lets put all that behind us and get on with the recappin'! 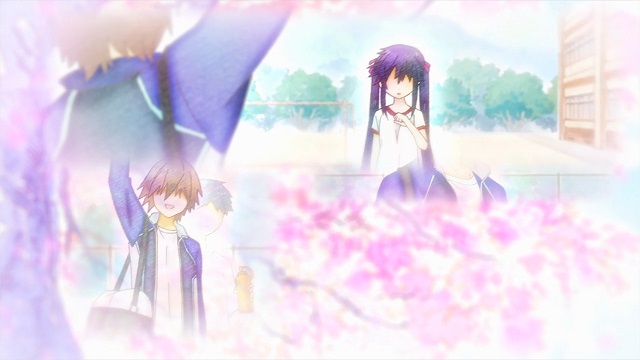 We open with lovely watercolor-like memories narrated by Kurumi, aka "Shovel Girl."  She was the manager of the school's track team... not because she particularly liked running or jumping or throwing the discus or putting the shot or playing 47-man Squamish, but because she had a thing for a guy, one of the upperclassmen, on the team.  Yes, it's an honest-to-gosh case of "Notice me, Senpai!" 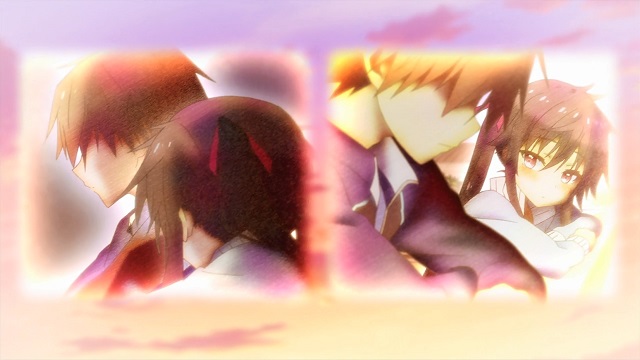 And notice her he does.  And why not?  She's a lovely girl with twintails and she's clearly crazygonuts over him, and even though his hair covers his eyes and really he should get that trimmed a bit, he isn't blind.  Late one afternoon, they're on the roof of the school... 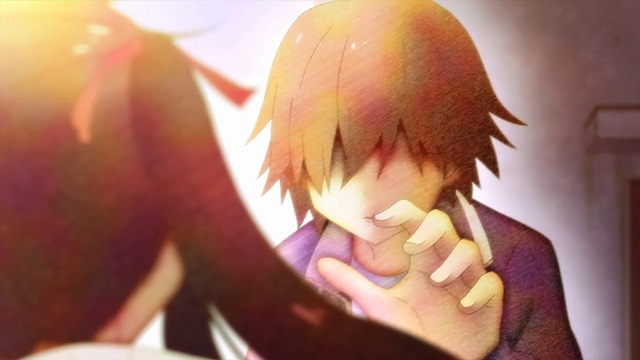 ...and he reaches for her.  Ah, young love... ain't it swell?   Even if you can't see his eyes through the thatch he calls hair.  His parents have often said "you really should get that cut, Skippy," because that's his name: Skippy.  "You look so much nicer with short hair.  And you'd be able to read the blackboard better, it'd help your grades."  But Skippy, being a rebellious teenager, and yes, even the Japanese have teenager problems, just keeps on growing his hair and saying "I'll live like I want."  And right now, it appears that what he wants is Kurumi. 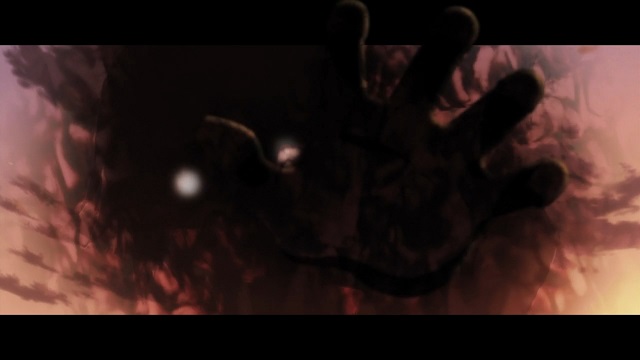 Specifically, her brains.  I'll have you know that when Skippy's hand reached through the letterboxing, I actually jumped a little in my seat.  I may also have whimpered like a sad puppy as well.  The possibility even exists that I may have wet myself a tiny bit.  I'm not proud of that, but there you are.  And then ZombieSkippy eats her.  The end.

1 With regards to the school store, it likely carries most of the things that the clubs and student council nee. Remember that the student councils in Japanese schools do cleaning and grounds maintenance. Heck the home-ec classes fix the bentos in the schools that don't have cafeterias and sometimes run them in those that do. When I was young, I went to a school with a store in rural VA and even without that dynamic you could get some cleaning supplies.

Regarding Megune: I THINK she's real (that was certainly my big question after episode 1)

This answered my big question regarding power I had missed the bit about the batteries and the cloudiness. Thanks.

Um. Didn't they say that sound, not vision, was...?
I don't THINK so. However, even if they did, while sound seems to be important to the ambulatory deceased, since it's unlikely they've done an eye-test on one of their shambling former classmates it makes sense not to take a chance.

This show is beautifully paced.

Let me second Wonderduck's admonition not to spoil anything. Even if you are outside the attack radius of northern Illinois you might be within mine.

4 At a guess, Wonderduck needed to edit the comment and so reposted it but forgot to change the user name.

5 (sigh)  Yes, I goofed the second time.  I didn't like the formatting the first time around so I deleted it.  Since 'Muppet appears to be totally unable to comment on The Pond, I had to do it for him.

6 Duck, you forget - we would not merely whang on a bucket but in fact would rev one of the old eight-cylinder F1 engines in the parking lot for you.

Well, that and to get the achievement for killing over 56,000 zombies. But partly for you, man!

Japanese school stores do occasionally have weird inventory. They do some jokes about it in GA. They've got at least some chance of having any particular object that someone needed for something and couldn't get at the time...

I didn't even watch this and the hand-breaks-the-letterboxing effect creeped me out. Pretty sure I'm never actually watching the show at this point! (Yes, I'm a wuss. I know.)