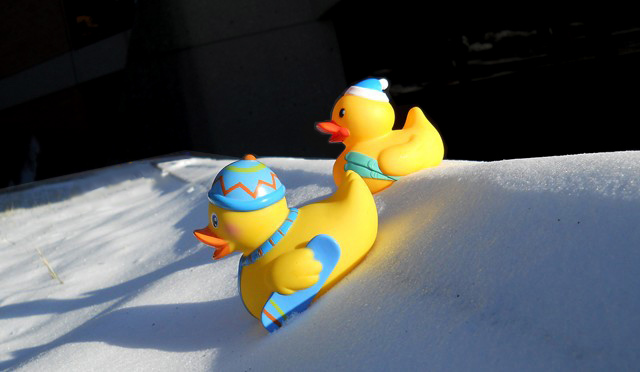 The Burpee black-diamond slope is officially open!  Look at that starting drop!

I do need to admit to photoshoppery in this picture, beyond the usual cropping, resizing and saturation/contrast adjustments.  This was the very best picture of the series I took of Suzie Snowboarder and David Downhill, but it was just supposed to be a test shot to study the feasibility of the idea.  As a result, I didn't move the snowducks, the angelducks, and a box out of the background.  So I had to remove them digitally.  Not a bad job, actually...