Random Anime Picture #62: The Last Refuge For The Lazy Wonderduck 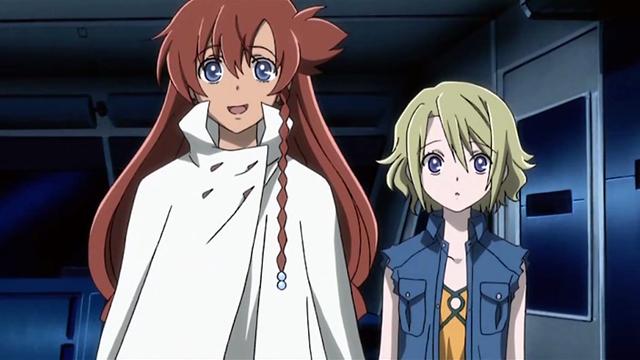 Just because I felt like putting up a random anime picture... its been a while, and heck, it's not like El Cazador got enough attention.  Quite a good show, from the team that brought us both NOIR and the hideous Madlax.  Yep, it's the third of the BeeTrain "girls with guns" trilogy, and the only one with a sense of humor.  It's not as polished as NOIR, but few shows are.  Well worth a watch or two.

1  I just blind-ordered it after enjoying Noir on DVD.  First time I re-watched the later since it came out as part of the first wave of digisubs; it holds up better than I expected.  Madlax, on the other hand... I hated the first episode & never watched the rest.   Wasn't Avenger supposed to be part of that whole two-girl-shootist Bee Train subgenre as well?  That was another one where it was one episode and "that's enough of that".  When El Cazador started airing, I didn't even give it a first-episode chance.

According to everything I know (and wikipedia confirms), the BeeTrain "girls with guns" trilogy was only NOIR, Madlax and El Cazador.  In fact, I'd never heard of Avenger until your comment, Mitch.

Avenger came out between NOIR and Madlax, and from what I've read, doesn't really follow the same style as the Trilogy.  Take that for what it's worth, I suppose.