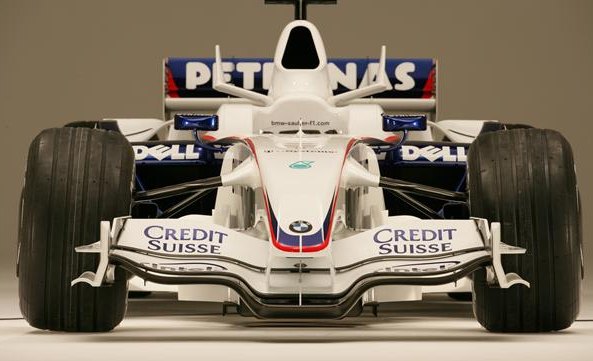 The Great White Hope
There are days where writing this blog is tough, where it's hard to think of anything clever or witty to say.  On days like that, it's easy to let the pictures do the talking.

This is one of those days.  Fortunately, the BMW F1 Team has given us some sweet automotive hardware to drool over. 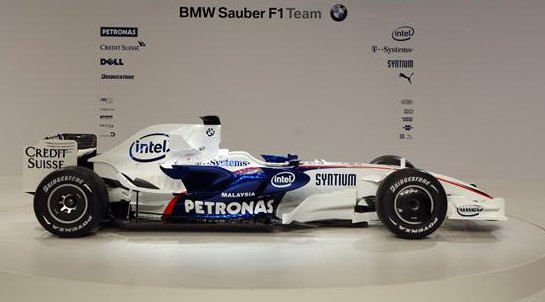 I find the shape of the bargeboards to be interesting.  That stairstep at the front of them is new; I don't believe I've ever seen that on a racecar before.  The rear wing, yes.  The bargeboard?  Nuh-uh.  Will it make a difference?  Well, obviously BMW's engineers think so, else it wouldn't be there, but who really knows without a windtunnel and a dyno? 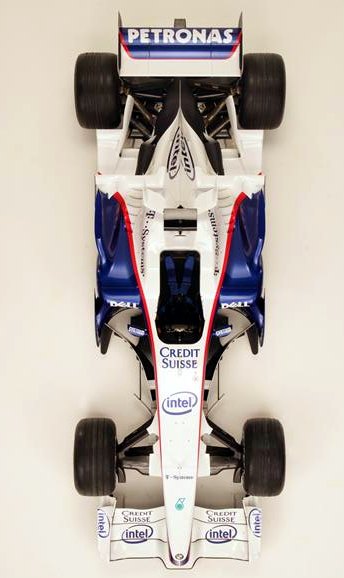 I'll say this for the engineers, though: there's no such thing as an ugly F1 car (assuming you like the way modern F1 cars look, of course).

Shipwrights used to say things like "If it looks right, it IS right."  The last ship I read about having that appellation was the HMS Hood, though, so take of that what you will.  Having said that, however, the F1.08 does look right.

BMW wants to play with the big boys this season.  I don't doubt they're spending the cash to make it happen, and that their engineers have the inherent ability.  I just wonder if two seasons is enough experience for the team to take the step into the big time.  One could argue that, since they basically brought the old Sauber team intact into their midst, they actually have a lot more practical experience than it looks, but I'm not sure I buy that.  Is experience at being second-rate really all that worthwhile in a sport like F1?
At times they looked like they could (barely) hang with the Ferraris and McLarens of the world.  At other times, they looked like they could hang with the RedBulls... which isn't much of a compliment.  Well, we'll find out in about a month-and-a-half.

Showmanship is NOT something you can just learn, you've got to have a germ of it inside.  At the end of the BMW rollout, Grizzly Nick sat down in the car, started it up, and drove it out of the BMW Auditorium... right onto the BMW test track, where it began to turn hotlaps.

For some reason, I can't imagine Ferrari doing that at Maranello, can you?